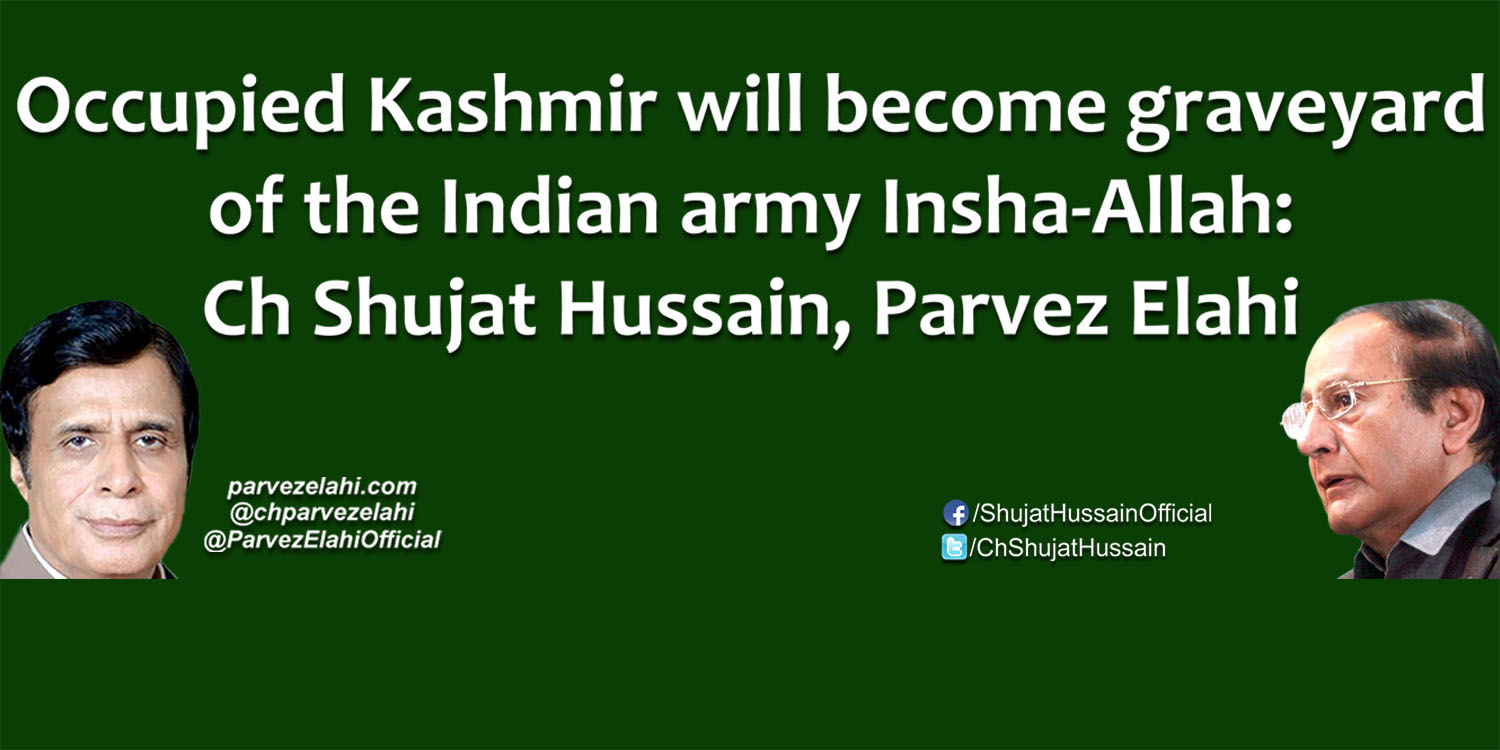 International community should take notice of Indian government’s wrong doings and aggression, nation should unite and our party stands with the government and the armed forces.

In a joint statement issued here today (Monday), they strongly condemned massacre of Kashmiris including women, children and elders at the hands of Modi government and occupying army and asked the international community to take notice of of the Indian wrongdoings, oppression and barbarism in the occupied Kashmir, United Nations should ne remain a silent spectator against India after its resolutions on Kashmir being tattered into pieces and take immediate and result-oriented measures for stopping genocide of the Kashmiris and getting its resolutions implemented.

They said that all countries signatories to the UN Charter and particularly Islamic countries and organizations to realize their responsibilities regarding safeguarding human life and property in occupied Kashmir and do not give freehand to Modi government through their silence.

They further said that that Pakistan Muslim League is standing shoulder to shoulder with Pakistan Government and the Armed Forces in any action against Indian aggression, entire nation should brush aside all their political and other differences in this hour of trial and become rock like wall for defence of Pakistan and safeguarding rights of the Kashmiris. #