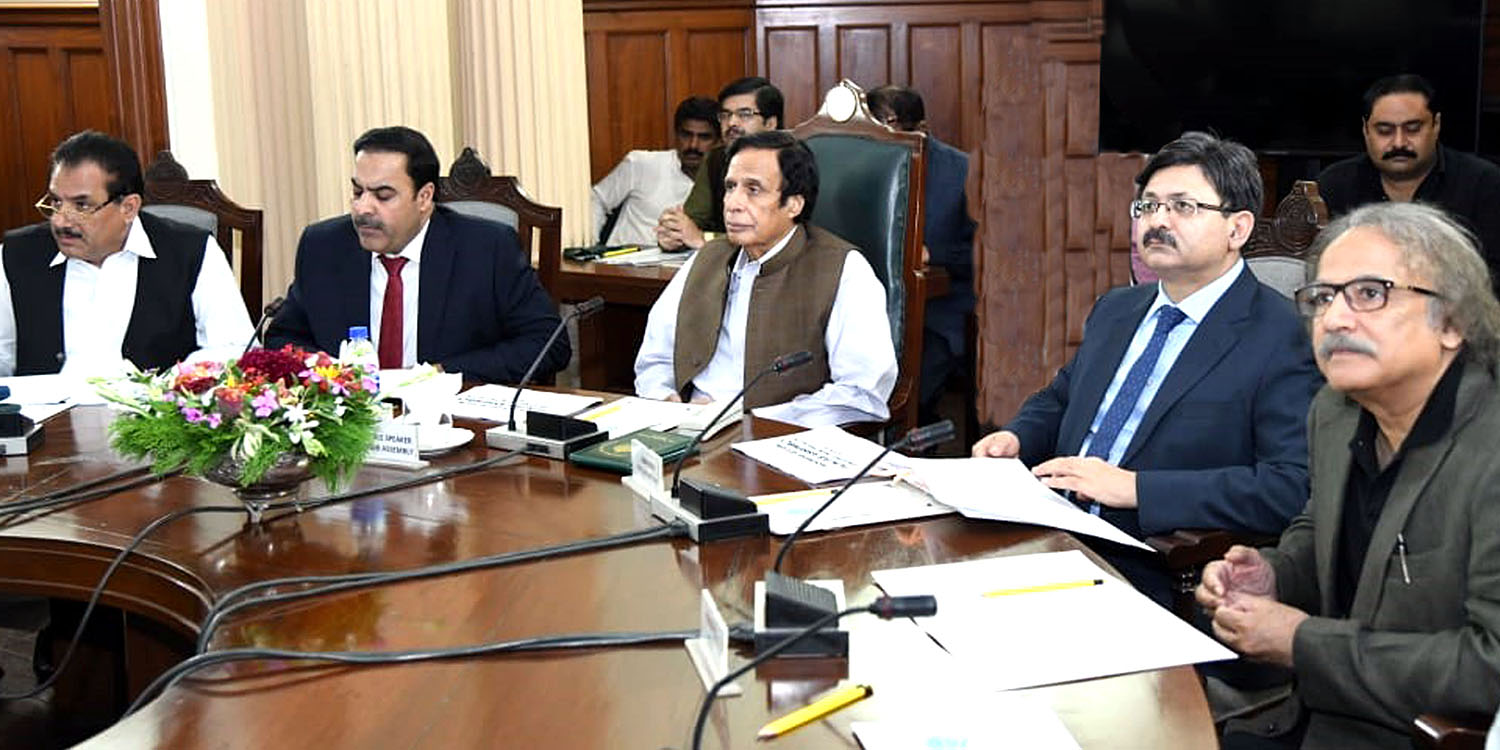 New building should be completed within given target: Speaker Punjab Assembly

Progress report be presented to Secretary Assembly after every 15 days, Ch Parvez Elahi direction to the departments involved in construction of Punjab Assembly new building

Lahore: 03-09-2019: A meeting was held in the Assembly Secretariat to review progress of under-construction building of the Punjab Assembly here today (Tuesday).

Meeting was presided over by Speaker Ch Parvez Elahi who was briefed by the officers of the Buildings Department and the National College of Arts (NCA).

Addressing the meeting, Ch Parvez Elahi directed the departments involved in the construction work that the new building should be completed within the given target.

He also directed all departments concerned that progress should be presented to the Secretary Assembly after every 15 days. The Speaker said that fool proof security should be ensured in the new building and under-construction mosque and the hostel in it should also be completed at the earliest.

The meeting was attended by Chairman Planning and Development Board Habibul Rahman Gilani, heads of Buildings Department, NESPAK, PHA and other construction departments besides Secretary Punjab Assembly Muhammad Khan Bhatti, Director General Parliamentary Affairs Inayatullah Lak and other officers of the Provincial Assembly. #