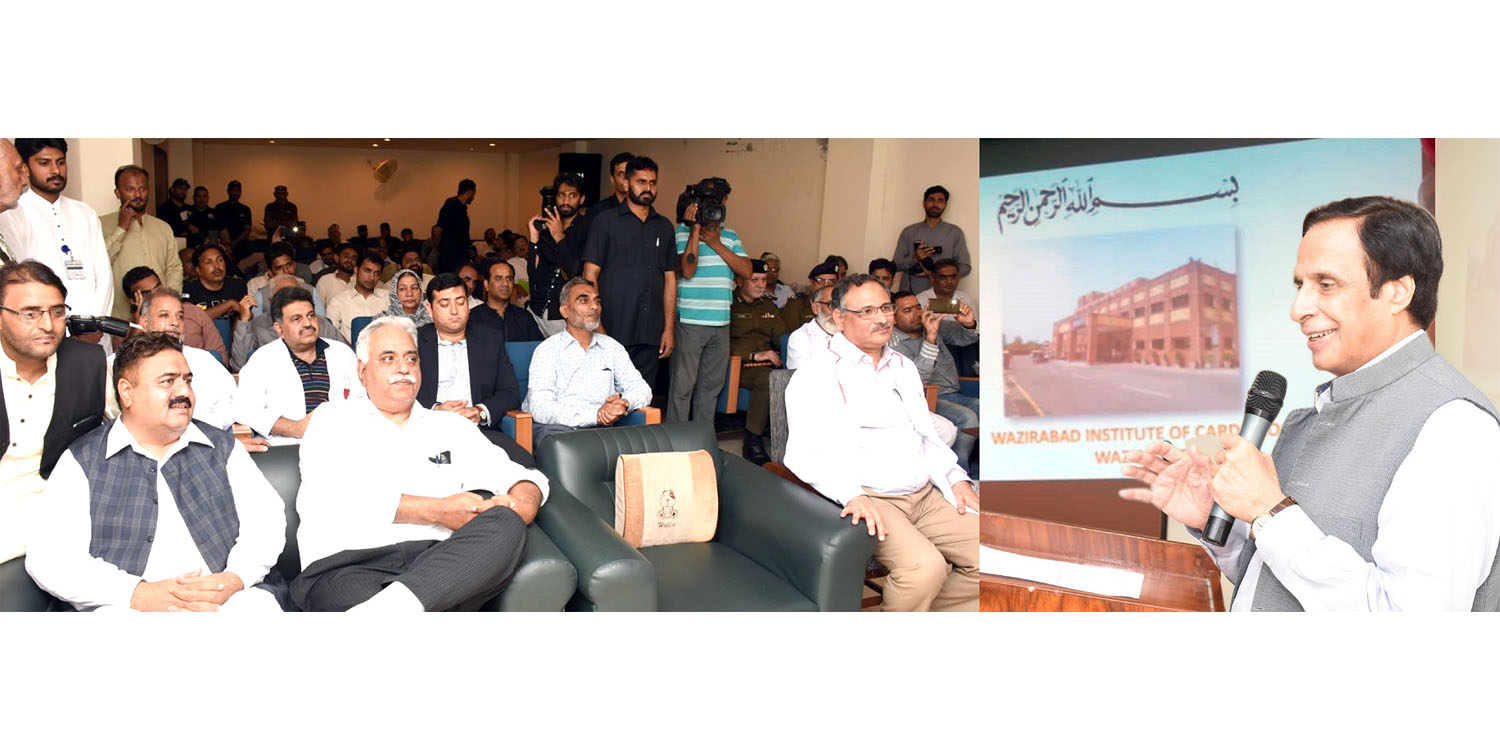 Sharif brothers caused great loss of thousands of human lives and Rs 1. 50 billion by not making Wazirabad Cardiology Hospital function, briefing and talking to the media in the hospital

Lahore: 14-09-2019: Acting Governor Punjab Ch Parvez Elahi has said that Prime Minister Imran Khan will show real face of Indian ruler Modi and RSS to the world from the platform of the United Nations, our hearts beat with the Kashmiris and the time is far away when the people of Kashmir will be free from Indian shackles and breathing in free air.

Talking to the media and in the briefing while visiting Wazirabad Cardiology Hospital today (Saturday), he said that we are grateful to Prime Minister Imran Khan and Chief Minister Punjab Usman Buzdar for releasing funds of Rs 84 crore for Wazirabad Cardiology Hospital whereas Sharif brothers cause great loss of thousands of precious lives of human beings and Rs 1. 50 billion by not making functional our established this hospital.

Ch Parvez Elahi said that Wazirabad Cardiology Hospital has not only the need of the people but also of the time, by stopping this project the government of Nawaz Sharif and Shehbaz Sharif caused great damage to the division of 1.75 crore population, people hailing from six adjoining districts are benefitting from Wazirabad Cardiology Hospital, hospital has 200 beds and only 50 beds are presently operational, Insha-Allah rest of the beds will also be made operational and shortage of paramedical staff and equipment also fulfilled.

He said that Imran Khan is determined to highlight the Kashmir issue at the United Nations during which new things will come before the world which are so far hidden from the world till today.

He said that the Kashmir issue should be resolved in accordance with resolutions of the UN Security Council; US should exert pressure on India in this regard.

Responding to a question, Ch Parvez Elahi said that circumstances are now moving towards betterment, one year period is very short to judge anyone’s performance.

Replying to another question, he said that what work Shehbaz Sharif has done for which he should be crowned, he has done every such work in which there is commission and the government institutions go into loss.

Ch Parvez Elahi said that ally government of Pakistan Muslim League and Tehrik-e-Insaaf in the Punjab is working together committedly for welfare and well-being of the people, Chief Minister Usman Buzdar enjoys our full support.

He said that Alhamdulillah, Ch Shujat Hussain is feeling much better now. #