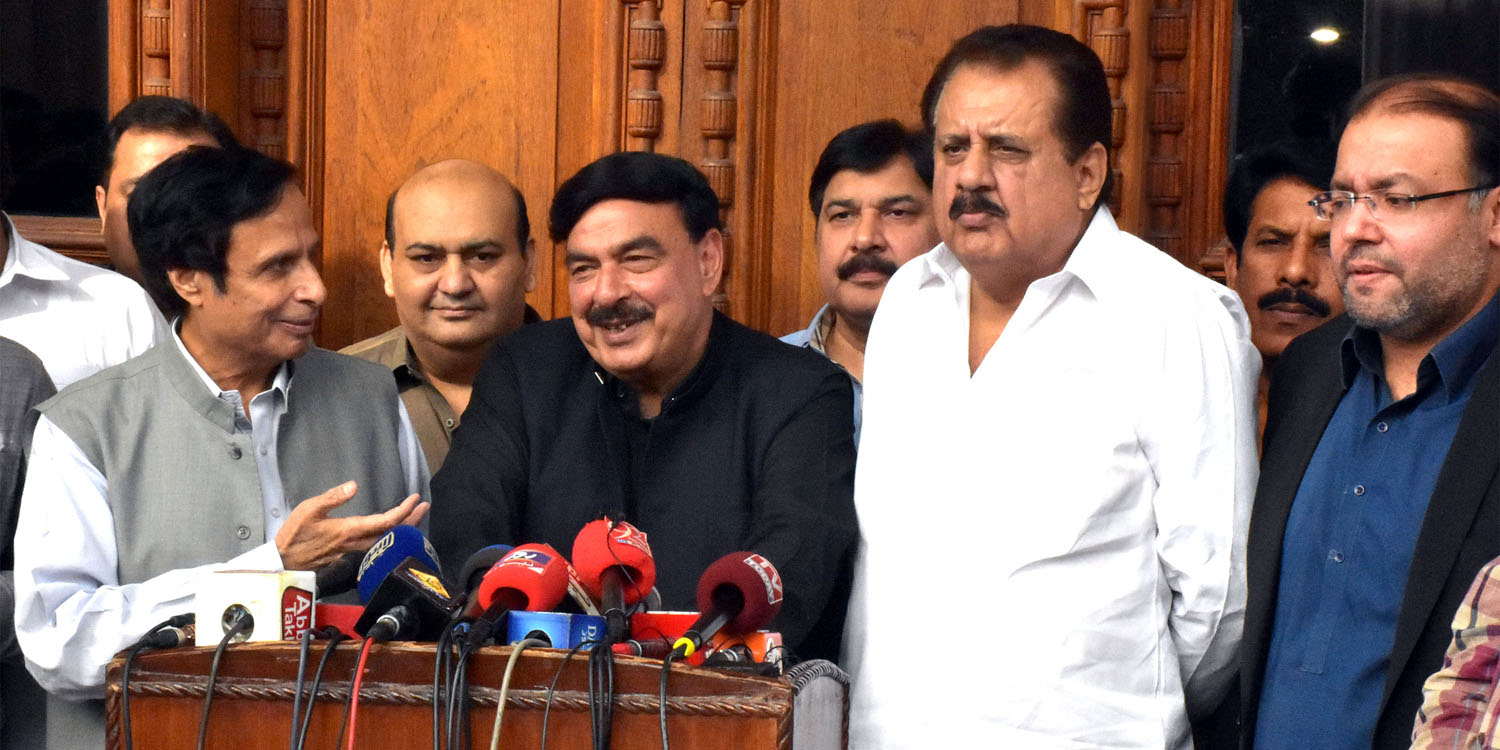 India can attack taking advantage of Maulana Fazlur Rehman’s march, Shehbaz Sharif should not become ‘Double Shah’, will be exposed by October 14

Lahore: 05-10-2019: Speaker Punjab Assembly Ch Parvez Elahi while talking to the media along with Railways Minister Sheikh Rasheed Ahmad has said that we have supported Chief Minister Usman Buzdar earlier, we are with him today also and will continue supporting him in future as well whereas Railways Minister Sheikh Rasheed Ahmad said that India can take advantage of Maulana Fazlur Rehman’s march and indulge in skirmishes whereas Shehbaz Sharif should not become ‘Double Shah’, he will be exposed by October 23, 24.

Sheikh Rasheed Ahmad said that health of Ch Shujat Hussain is Masha-Allah much better than before.

Responding to questions from the media, Ch Parvez Elahi said that our house is Sheikh Rasheed’s own house. Praising Sheikh Rasheed’s political wisdom, he also mentioned UDF and 1977 movement and said that we appreciate his wisdom.

Sheikh Rasheed Ahmad said that Ch Shujat Hussain is like my brother, I used to his mother as “Maa Ji”, likewise Ch Parvez Elahi is also my brother and Chaudhry Sahiban have taken my care in good and bad times and always spoke well about me. # 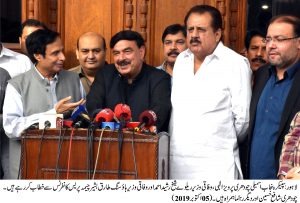 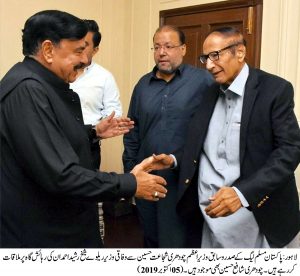