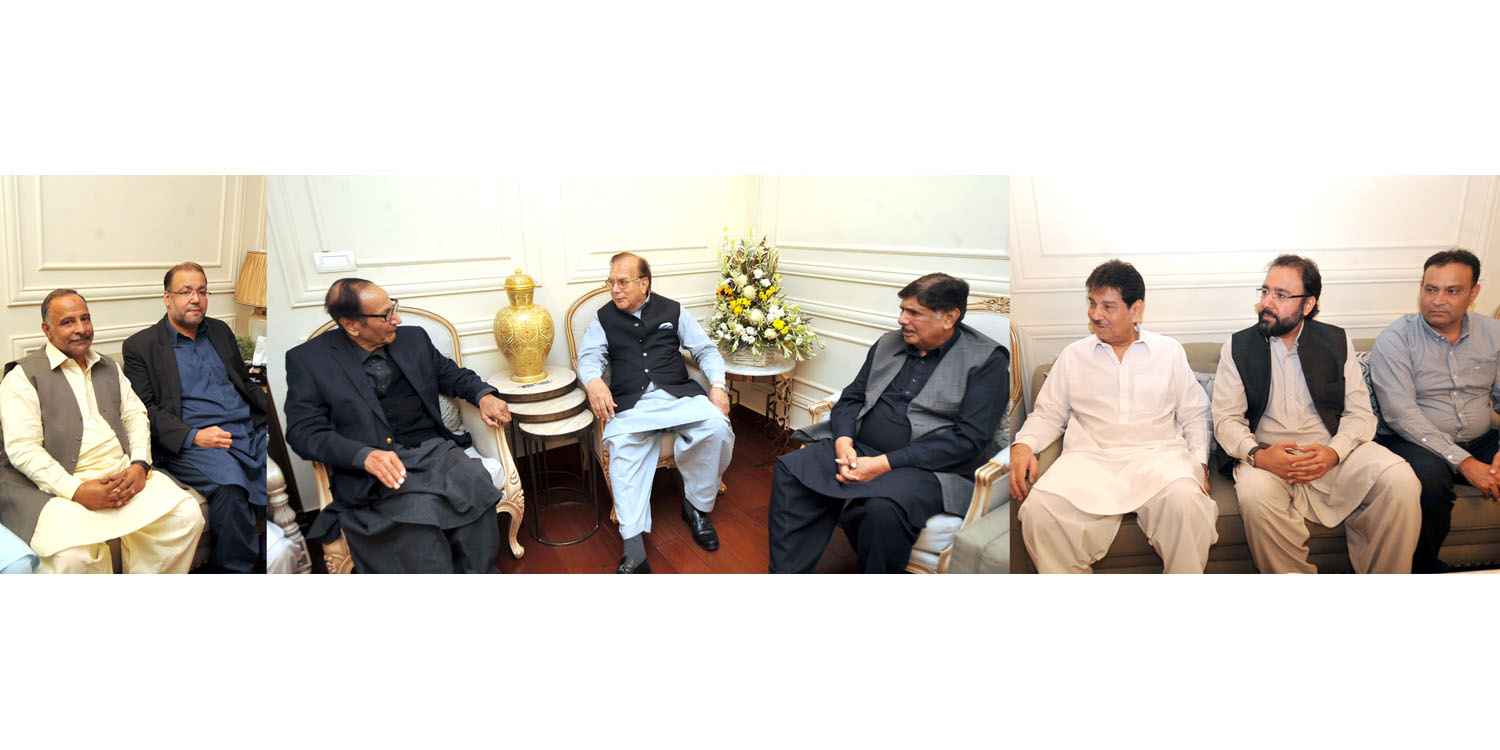 Hundreds of people of all parties including PTI, N-League, Peoples Party and fields are meeting daily

Effort should be made to seriously to solve present crisis amicably through understanding, some leaders and those in power are not aware about history of Pakistan, PML President

Since his return to Pakistan, hundreds of people are calling on him daily including Pakistan Tehrik-e-Insaaf (PTI), Peoples Party, N-League leaders and workers as well as those hailing from different walks of life.

Almost all leaders expressed the desire that Ch Shujat Hussain should play his role in solving the prevailing political crisis.

Ch Shujat Hussain said that Pakistan had come into existence 72 years ago but some leaders and those in power people still consider that Pakistan has come into existence only 5 or 6 years back, their information do not go beyond this, nor they know the history of Pakistan, they should study the history and see as to what was before and what is now, some even may not be knowing names of fathers of Maulana Fazlur Rehman and Hasil Bizenjo, what dialogues they have to hold, although these leaders enjoyed high status in politics, however, present crisis should be taken seriously and effort should be made to solve it amicably with understanding.

Ch Shujat Hussain thanked all those people who came to inquire about his health and welfare and prayed for his recovery. #