During the meeting, Jamaat-i-Islami leaders inquired about welfare of Ch Shujat Hussain while political affairs and other matters also came under discussion. # 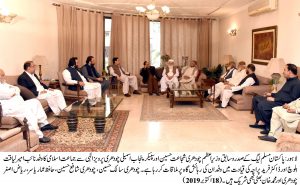