They also exchanged views about other matters of mutual interest.

On this occasion MNA Ch Salik Hussain was also present. 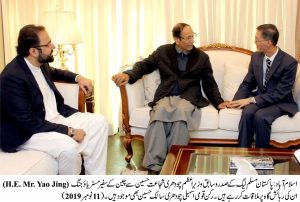