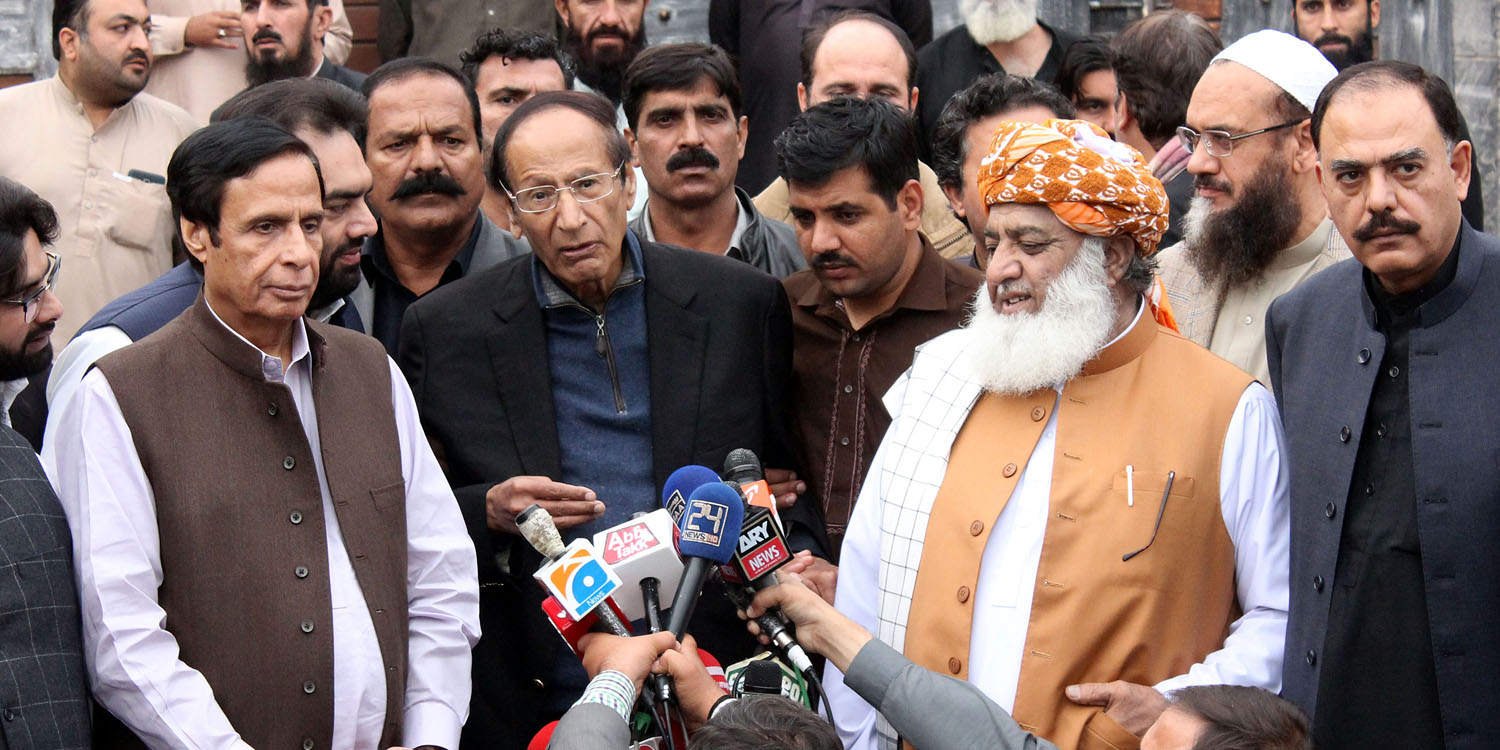 Proved there is no opposition inside and outside assembly except the Maulana, peaceful dharna has become part of history

Talking to the media afterwards, Ch Shujat Hussain said that Maulana Fazlur Rehman is a democratic liked personality; we had come to congratulate him on his successful peaceful dharna (sit-in).

Ch Shujat Hussain said in reply to a question that Imran Khan should personally do justice as the prime minister and head of the government, Nawaz Sharif should be allowed to go abroad, rest life and death is in the hands of Almighty Allah, if God-forbid anything happens it will be ‘aspersion’ which Imran Khan should not take on himself and let him go, in the National Assembly also our party member Tariq Bashir Cheema had said that on this issue do not indulge in conditions and adamancy.

Ch Parvez Elahi said that in the leadership of Maulana Fazlur Rehman t has now proved that the Maulana is the only opposition leader except him there is no other opposition inside and outside the assembly, all parties are standing behind him although they said we would do a lot but only their representatives kept coming, other thing which was proved that this was the only dharna in which complete discipline was displayed, this sit-in was fully peaceful and nothing else, no sticks (laathi) and bullets were used and fired, nor anyone was injured, traffic also kept running, even to the extent dharna participants also did cleanliness.

Maulana Fazlur Rehman praised Ch Shujat Hussain and Ch Parvez Elahi and said that by 15 million-march we have proved that we are peaceful, democratic and non-violent people. Reiterating the demand for sending Nawaz Sharif unconditionally he said that we are continuing Azadi March peacefully, after gathering in Islamabad, process of gatherings throughout the country has started, almost on all nig highways of Pakistan our workers and people are getting together and they have been given clear directions that you have to take full care of patients, passengers, ambulances and funerals and have been asked to constitute local committees for providing relief to the people and taking decisions in emergency and this is our democratic way and right, if they had tendered resignation then this process would not have spread all over the country. # 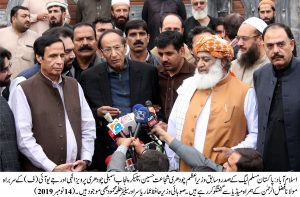