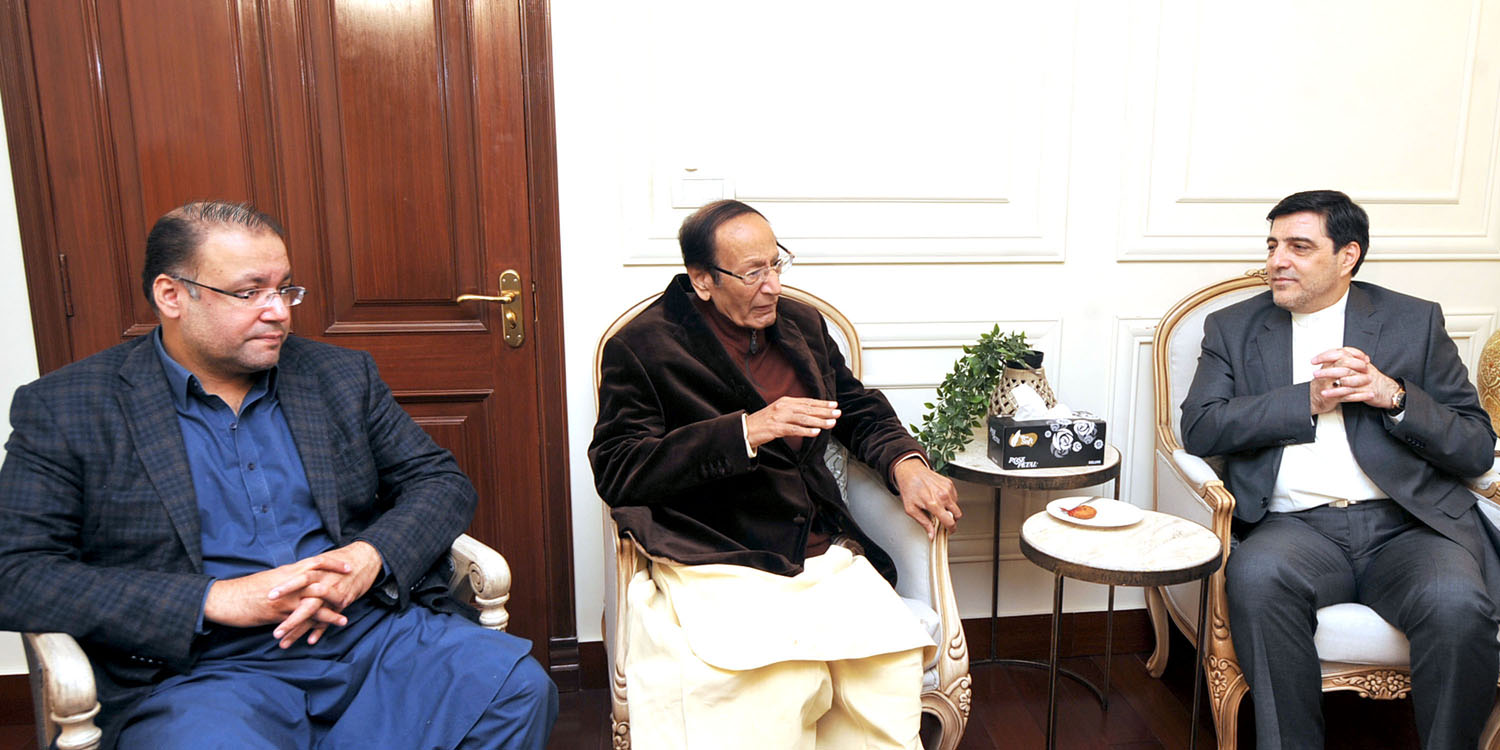 Both Islamic countries are bound together in strong ties of religion and culture, agree on further enhancing peoples and trade relations, Shafay Hussain was also present

On this occasion, Ch Shafay Hussain was also present.

During the meeting, views were exchanged about prevailing national and political situation.

Ch Shujat Hussain said that both Iran and Pakistan are brother Islamic countries which are bound together in strong ties of religion and culture.

They also talked about further enhancing peoples and trade relations between the two countries. #