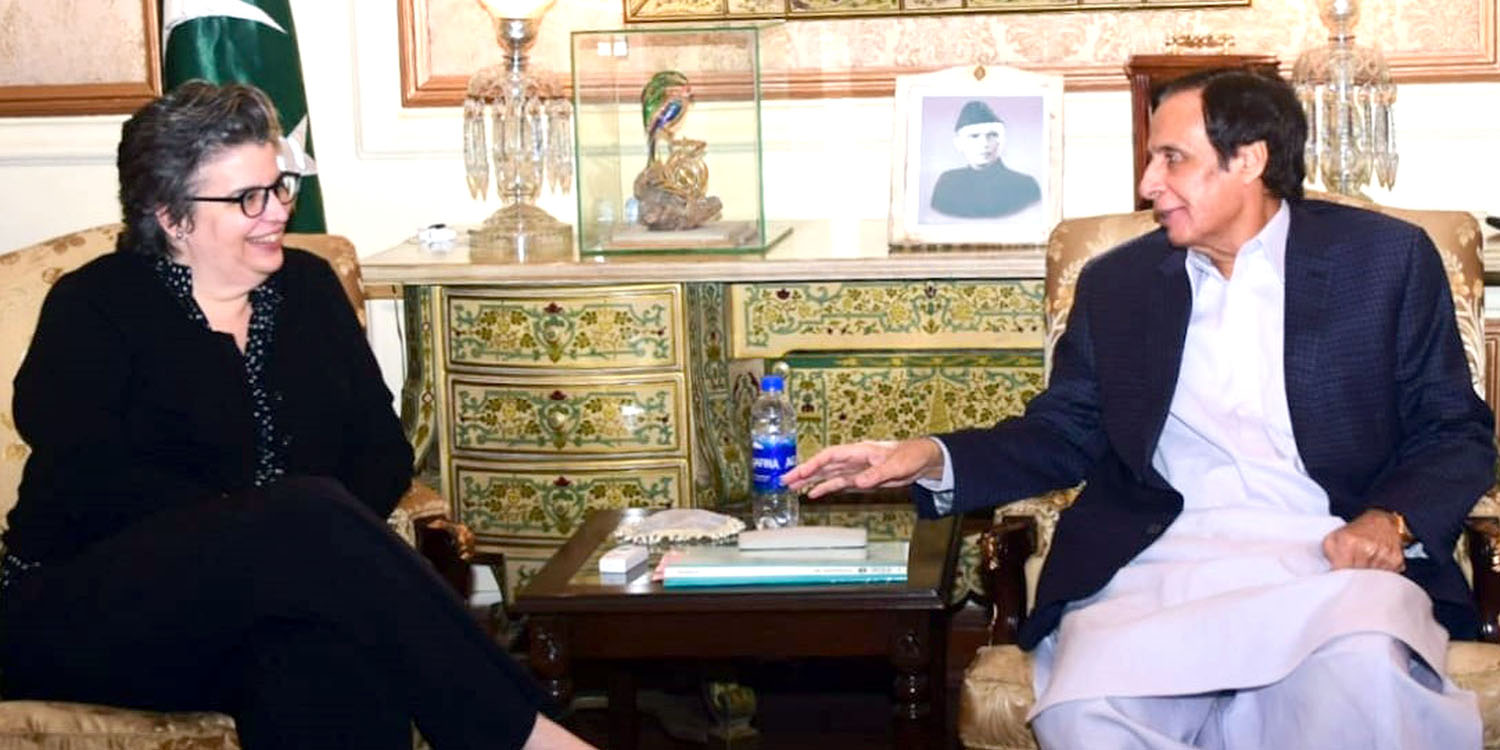 Law and order situation in Pakistan is much better, Punjab made great progress during your tenure as Chief Minister Punjab, Ms. Catherine

Lahore: 03-12-2019: US Consul General in Lahore Ms. Catherine Rodriguez called on acting Governor Punjab Ch Parvez Elahi at the Governor’s House here today (Tuesday). During the meeting there was consensus for promoting bilateral relations and trade.

Ch Parvez Elahi said that peoples level contacts campaign need to be further improved for further promoting relations between US and Pakistan. He said that Overseas Pakistanis settled in the USA are playing important role in the development of USA.

The US Consul General said that law and order situation in Pakistan is much better. Appreciating performance of Ch Parvez Elahi as the Chief Minister Punjab, she said that there was great development in the province during your tenure particularly standard in agriculture, health and education sectors was improved and prominent progress was noticed. # 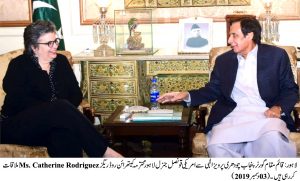