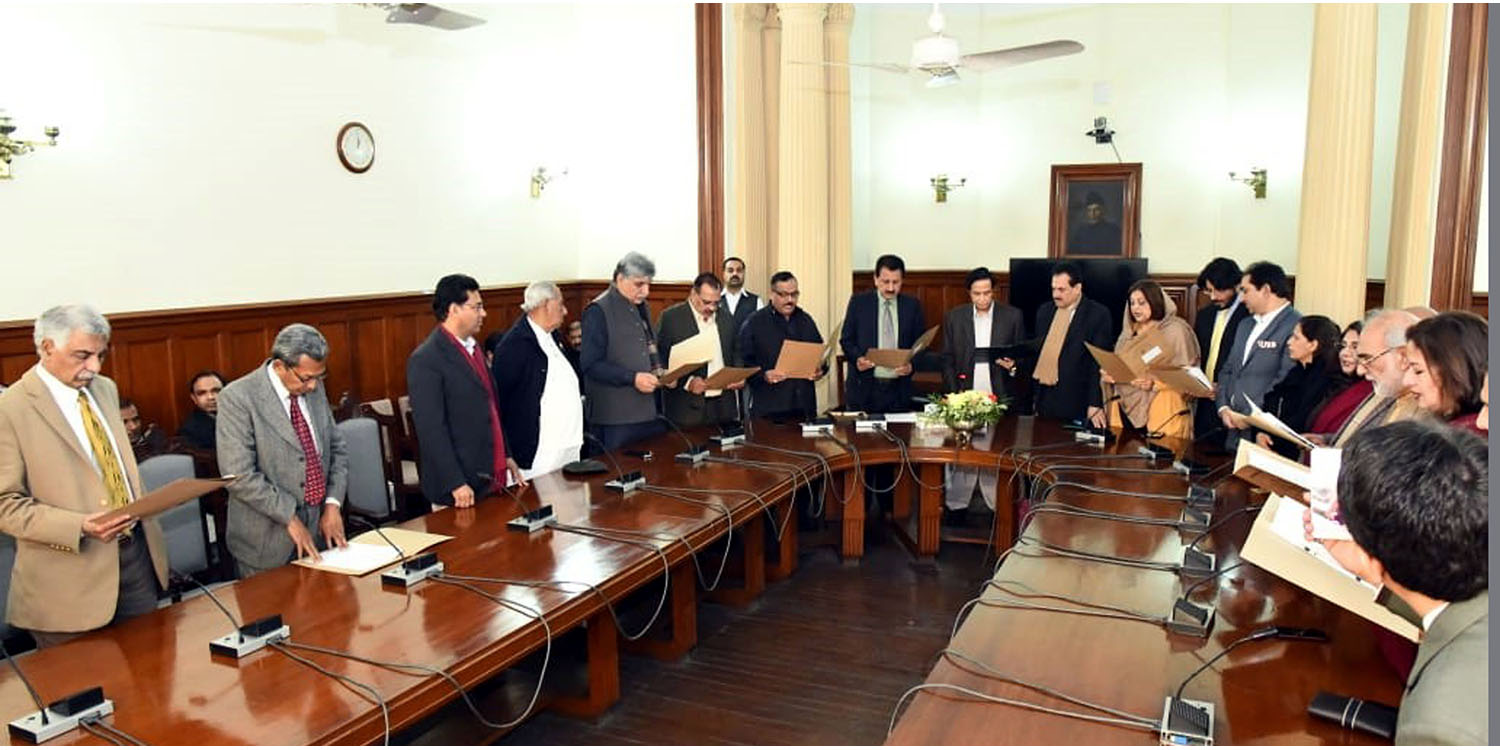 Price hike and unemployment jinn is gift of N-League, PML believes in improving living standard of the people, focus of political parties should be peoples’ interest

Lahore: 24-12-2019: Speaker Punjab Assembly Ch Parvez Elahi has said that Shehbaz Sharif had created facilities for himself and not for the people in his 10 years, damage done to the Punjab during Shehbaz Sharif tenure is unparalleled, price hike and unemployment jinn has been gifted to to the people by Shehbaz Sharif.

He said this while administering oath to the newly-elected members of the Cosmopolitan Club here today (Tuesday).

Speaker Punjab Assembly Ch Parvez Elahi said that Pakistan Muslim League believes in improving standard of living of the people, focus of the political parties should be on the interest of the people, elements spreading chaos in the country and politics should review their negative agenda, newly-elect members should play their role in national construction and progress.

He said that my vision is that on the pattern of Gymkhana Club, separate rooms, restaurant, swimming pool, library and sports complex for the members should also be provided here.

He said that the Cosmopolitan Club was established in 1927 and after partition of the sub-continent the Quaid-i-Azam had taken oath from Mr Justice Abdul Qayyum as the first President of the Cosmo Club in 1947, Cosmopolitan Club is a historical heritage, office-bearers associated with the Governing Body should perform their duties sincerely and honestly realizing their responsibilities.

Thanking Speaker Punjab Assembly Ch Parvez Elahi, Cosmopolitan Club President Iftikhar Hussain Gilani said that taking oath under in the historical building of the Punjab Assembly under your chairmanship is a source of honour for us, what welfare and well-being of the people works you did as the Chief Minister Punjab like 1122, free education, books are quite appreciable and this is why the people pray from their hearts for you even today. #