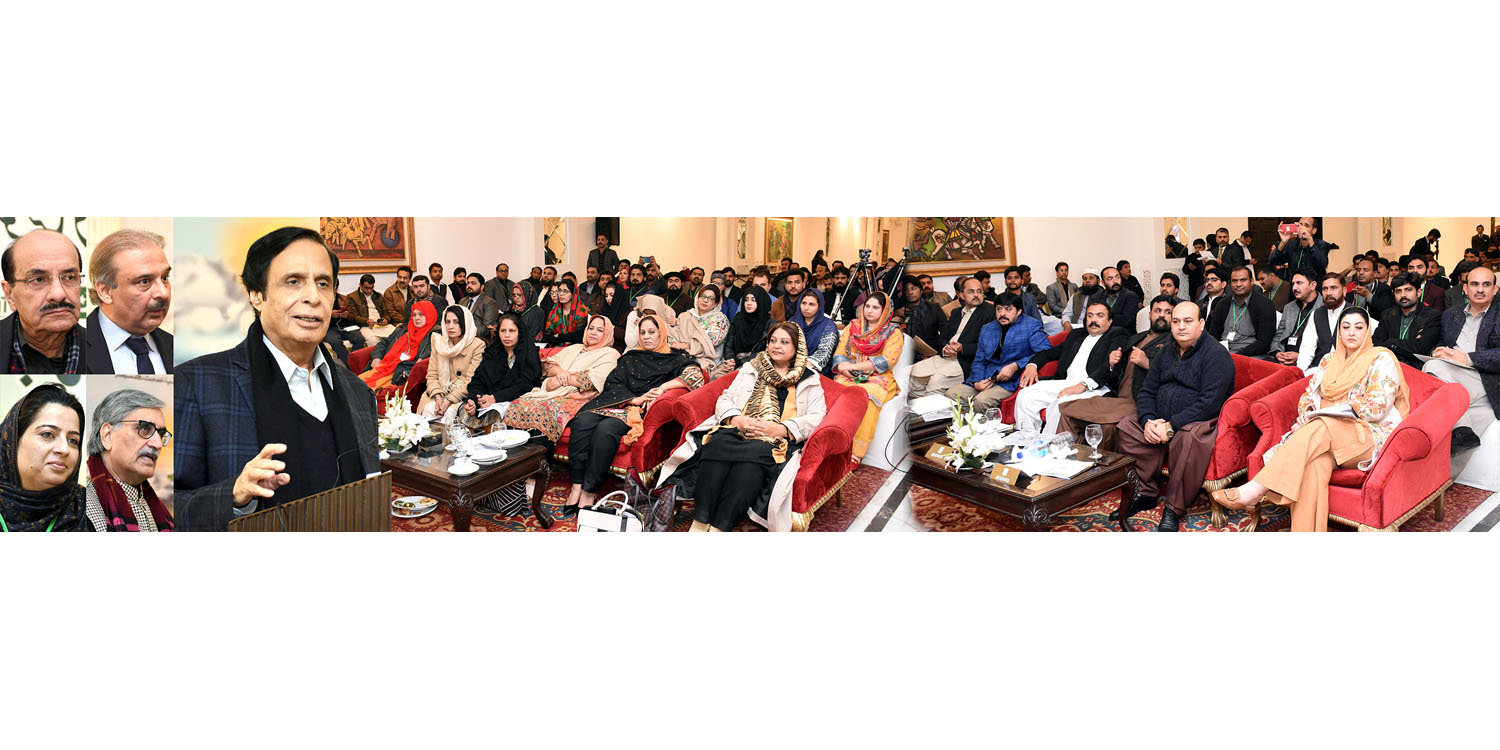 Instead of burning solid waste, technology for energy production should be benefitted, farmers and domestic consumers can get adequate gas: Ch Parvez Elahi

Due to incompetence of Shehbaz Sharif, surplus province of my tenure was indebted by Rs 2000 billion, there is dire need to set right political atmosphere also along with climatic atmosphere

As Chief Minister under my Vision 2020 for the first time in history of Punjab worked for first time for eliminating adverse environmental impacts instead of mere talking, address at Environmental Conference

Lahore: 27-12-2019: Speaker Punjab Assembly Ch Parvez Elahi has said that measures are being taking for elimination of smog, as Chief Minister Punjab under my Vision 2020 for the first time in the history of Punjab increased Rs 200 million for betterment of atmosphere.

Ch Parvez Elahi said that had worked hard day and night for development of Punjab and made the province surplus, but due to incompetence of Shehbaz Sharif surplus province of my tenure was put under heavy debt of Rs 2000 billion, now effort is being made to set the province right, it will take time, there is dire need for setting right the political atmosphere also alongside environmental atmosphere.

He further said that during my chief ministership under my Vision 2020 Programme for the first time in the history of Punjab had done work in real sense instead of mere talking, I had undertaken practical and far reaching impact measures for elimination of poisonous impacts created in the atmosphere due to industrial waste, solid waste, municipal waste and transport for protection of Punjab’s environment, restoration and improvement.

He said that recently a Korean company in Pakistan chief has come with a plan to eliminate smog in Punjab, according to this plan farmers will not need to burn left overs (mudh) after cutting of crops and instead this company will compensate the farmers for not burning the crops left overs (mudh), the company itself will cut these from the fields and produce gas from these which will be very cheap for domestic and industrial use and also will be 100 per cent environment friendly, I think that the Punjab Government should immediately approve this offer and work should be started on it, I had established modern Environmental Labs in Gujranwala, Sialkot, Rawalpindi, Faisalabad, Multan, Murree and Rahim Yar Khan at a cost of Rs 200 million for enhancing capacity of the Environmental Protection Department (EPA), hospitals injurious clinical waste is a major cause of environmental pollution, as such my government under a phased programme started installation of Incinerator in the government hospitals in Lahore and elsewhere in the province, today rapidly increasing population and increasing excessive burden beyond limits on the cities resources are the major cause of our environmental problems, cutting of trees, expansion of industries transport run on petrol and diesel have excessively increased space pollution in the Punjab, according to this month’s Air Quality Index unfortunately Lahore has been declared the most polluted city of the world, this is a matter of grave concern that poisonous smoke present in our space has exceeded more than dangerous limits in the form of smog, workers under Eco Friends will serve the people in their areas without differentiation, hope that in the coming time Pakistan Muslim League through Eco Friends will give better results about service to the people and for better environment.