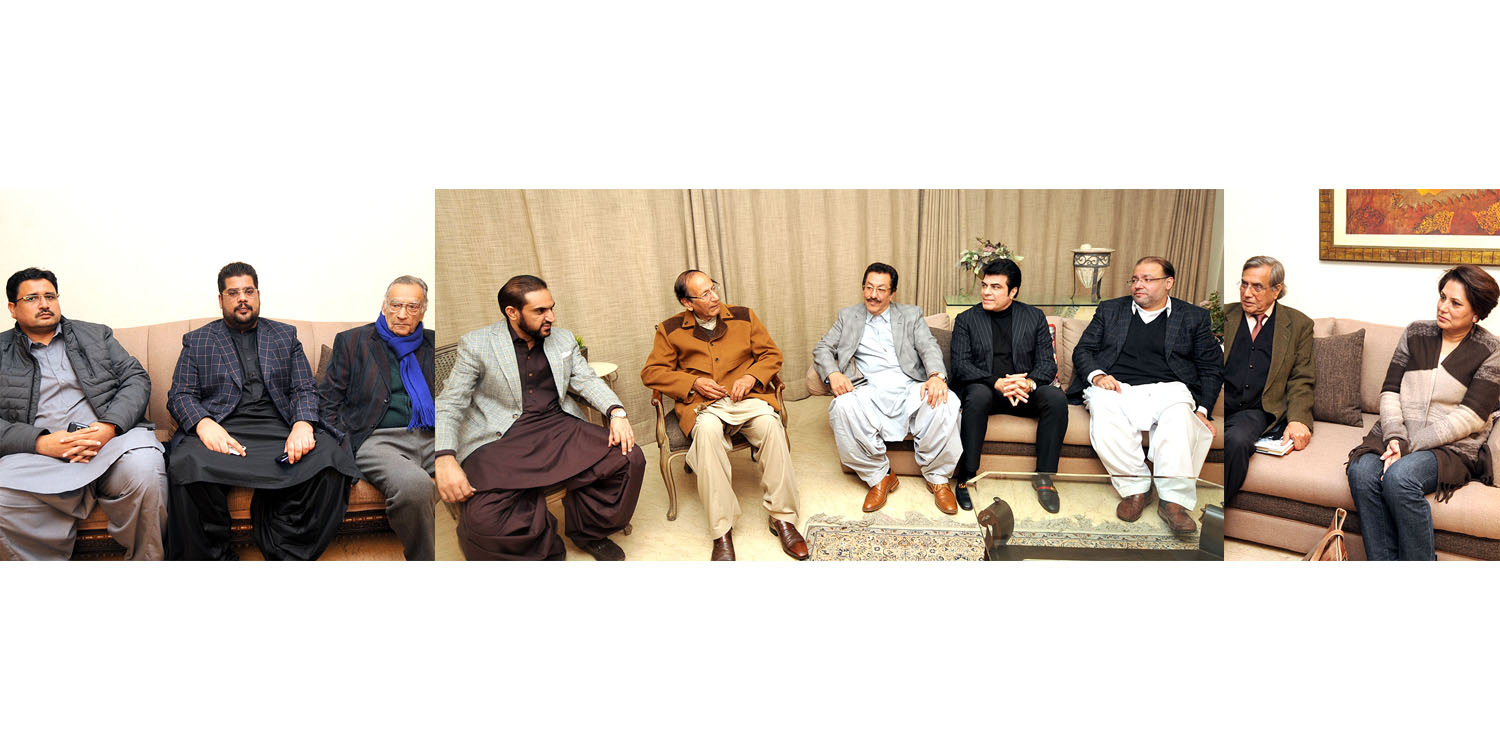 Lahore: 08-01-2020: Pakistan Muslim League (PML) President and former Prime Minister Ch Shujat Hussain has said that the Army Act approval was problem of Pakistan not of just one person, all political parties showed mature thinking, both the government and the opposition deserve congratulation on its approval, political parties showed mature political thinking by getting the act passed with majority, all parties are united on national interest by brushing aside their mutual bickering.

He said this while talking to Acting Governor and Speaker Balochistan Assembly Mir Abdul Quddus Bizenjo who called on him along with a delegation at his residence here today (Wednesday).

Ch Shujat Hussain said that the people of Balochistan are patriots and they are very close to my heart.

Abdul Quddus Bizenjo said that legislation on the Army Act was dire need of the time, on which we pay tributes to both the government alliance and the opposition.

He said that thinking and vision of Ch Shujat Hussain regarding Balochistan are quite appreciable; people of Balochistan regard the home of Chaudhry Brothers as their own.

On this occasion, Ch Shujat Hussain condoled demise of his father Mir Abdul Majeed Bizenjo with Mir Abdul Quddus Bizenjo. He said that with your late father we had family relations, on his demise I personally wanted to come to Quetta but because of illness could not come. #