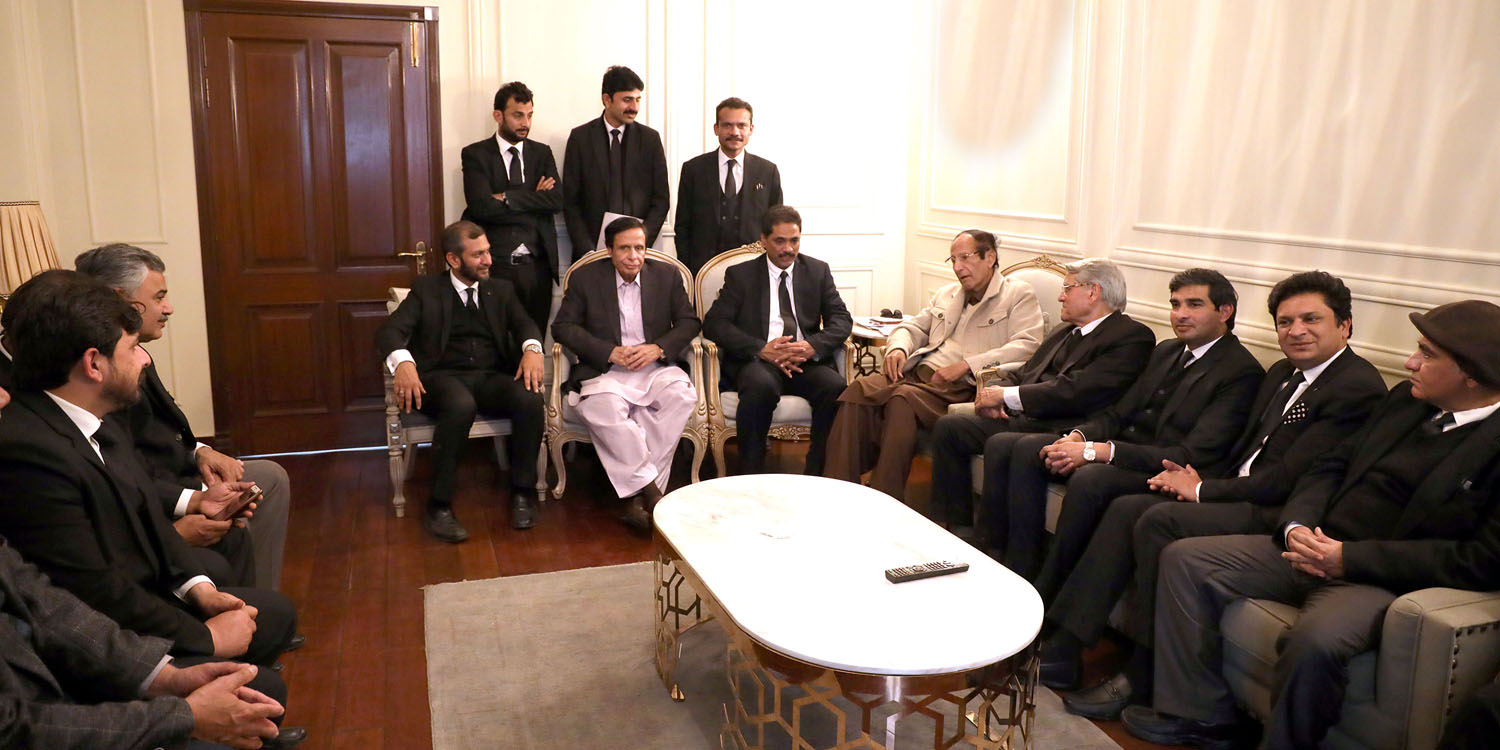 Our party is an ally not anti-government, Ch Parvez Elahi and Tariq Bashir Cheema give suggestions for reforms: Ch Shujat Hussain

Government should from our suggestions, talk with Lahore bar newly-elected President G. A. Tariq, other office-bearers and delegation

Did practical work for provision of basic facilities to every section including lawyers, Ch Parvez Elahi, lawyers’ community cannot forget your services, G. A. Tariq

Lahore: 22-01-2020: Pakistan Muslim League (PML) President and former Prime Minister Ch Shujat Hussain has said that our party has alliance with the government, we should not be put merely in the category of allies, our party leaders Ch Parvez Elahi and Tariq Bashir Cheema talk about reforming the government.

He said this while talking to Speaker Punjab Assembly Ch Parvez Elahi who along with a delegation of Lahore Bar newly-elected President G. A. Tariq and other office-bearers who called on him at his residence here today (Wednesday).

Ch Shujat Hussain said that our sayings should not be taken in the category of opposition, we do not criticize rather give suggestions, the government should benefit from our suggestions and sayings because we as allies try to reform the government. He said that some supporters of the government by showing our clips try to create misunderstanding.

Facilitating bar’s newly- elected President and other office-bearer, Ch Parvez Elahi said that it has been our endeavour always to provide cheap and quick justice be provided to the people at their doorsteps, lawyers have always worked for supremacy of law.

He said that whenever we got the opportunity we not only took measures to provide basic facilities to people from all walks of life but also got those implemented.

He said that Ch Parvez Elahi as the Chief Minister got Punjab Bar Council building constructed for the lawyers, provided free treatment medicines in the government hospitals for the lawyers, during his tenure lawyers community was very happy, this is the reason that your name is mentioned among lawyers community with great respect and your services cannot forget your services ever.#