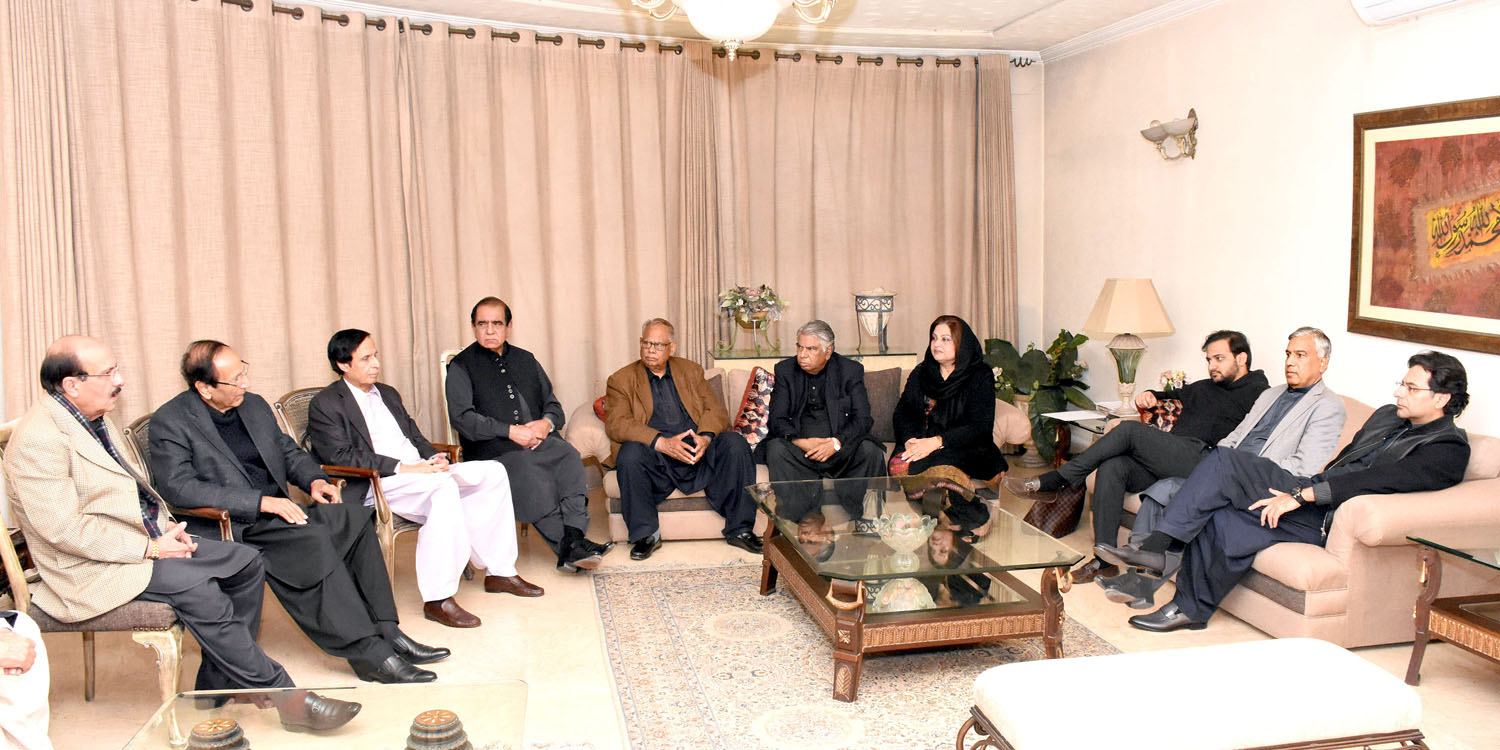 Settled matters be implemented then next talk will be held: Ch Shujat Hussain

During the meeting, views were exchanged in detail onrecent statements of the prime minister, government party members, relations with the government, constitution of new negotiating team of PTI and prevailing situation in the country.

All participants agreed on this that PTI leadership should be made to understand that when political matters are settled, frequent change create mistrust because things which were earlier settled after full consultation from both sides and then headway was made. They said that change is good thing but tradition of frequent change repeatedly is not good, with Pakistan Tehrik-e-Insaaf we have written agreement prior to the election which has not been implemented till today, then after forming the government first negotiation team was constituted but no decision of it was implemented, after this matters were settled with second committee but this committee was dissolved and now third committee is being constituted, we think that firstly decisions which were taken in the second committee should be implemented and only then new matters be talked.

Ch Shujat Hussain further said that we are cooperating with PTI government keeping in view the national interests, but PTI’s few ministers and notables by creating misunderstandings between us and the prime minister are securing their interests, we are more concerned and care about national interests and rights and problems of the people than ministries and we have focused all our attention towards this, we have always taken decisions for peoples’ rights and interest of the country and are steadfast on this principle, we have also before us internal circumstances of the country and emergency situation of the frontiers and that is why we are cooperating with the government, we have been in power by consensus and two-third majority, few government notables repeatedly talk about securing ministries we do not have such greed.

The meeting also considered Governor Punjab Ch Sarwar’s statement wherein he had appreciated the statements of Ch Shujat Hussain and Ch Parvez Elahi saying they have talked very mature that all will suffer if the alliance is broken, all matters with the allies would be solved appreciably because our alliance is very essential for Pakistan, I have old relations with Chaudhry Sahibaan, no ally said that they want to pull down the government, Ch Parvez Elahi has not said no such thing about me I have heard his every statement minutely. # 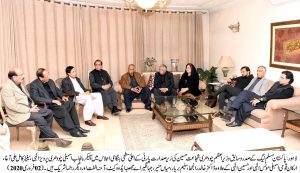