Lahore: 09-02-2020: Inaugurating First Kabaddi World Cup in Pakistan, Chief Minister Punjab Sardar Usman Buzdar has said that this is a great honour for the Punjab Government.

Speaking at the inaugural ceremony, Speaker Punjab Assembly Ch Parvez Elahi said that I welcome all guest teams from the depth of my heart, I pray that this event should write history, 42 years ago our elder Ch Zahoor Elahi Shaheed had laid the foundation of this game in Pakistan and used to hold matches every year, today arrival of India, England, Australia, Canada, Azerbaijan, Germany, Iran, Kenya, Sierra Leon teams arrival in Pakistan has proved his ream true.

He said that role of Chief Minister Punjab Sardar Usman Buzdar Sports Board Punjab and Pakistan Kabaddi Federation is very important, kabaddi is our culture, in villages kabaddi is played and watched very enthusiastically.

He said that late Khawaja Muhammad Ali and present Secretary Rana Mohammad Sarwar have great role in popularizing the game of kabaddi. He said that name of Pakistan is regarded as that of brotherhood, after cricket, kabaddi will also become very popular in Pakistan.

President Pakistan Kabaddi Federation Ch Shafay Hussain in his welcome address said that for making possible holding of World Cup for the first time in Pakistan Chief Minister Punjab, Speaker Punjab Assembly and Provincial Minister for Sports deserve to be congratulated. He said that all teams will love and appreciate kabaddi and hospitality of people of Pakistan. 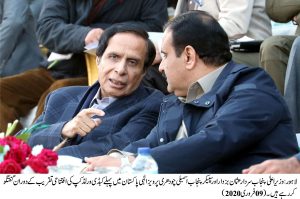 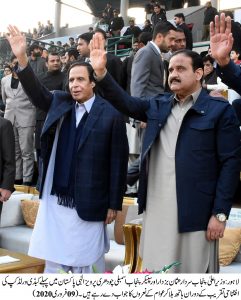 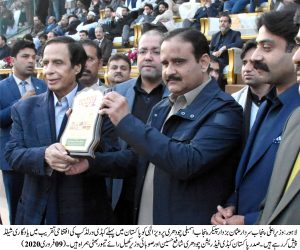