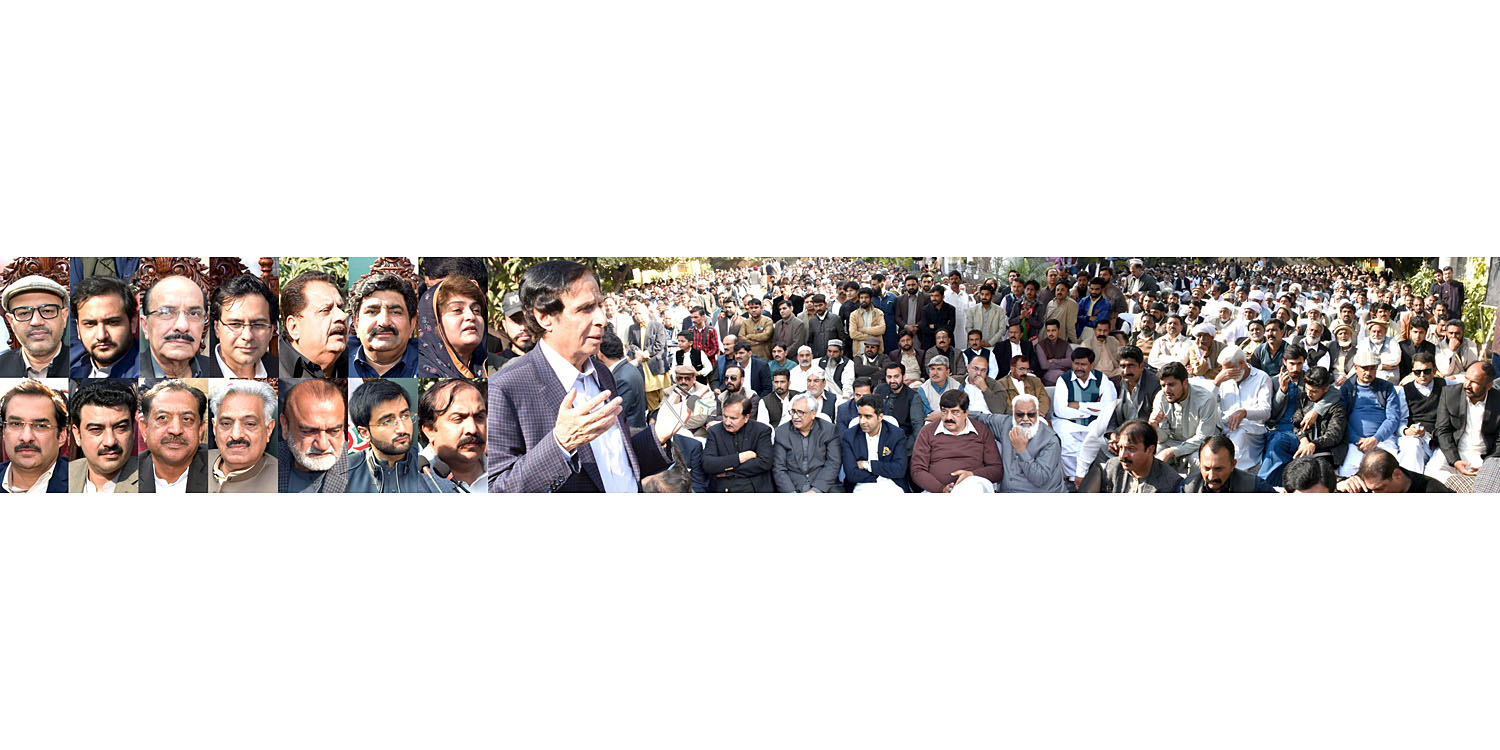 If people are in difficulty then political parties should come forward with positive thinking for solution: Ch Parvez Elahi

Only with two seats difference did record legislation in Punjab Assembly, local bodies can control all difficulties of the people including price hike, will fully participate in local bodies’ election

Imran Khan has good intention and pains for the country, PTI and PML are working together, after grand reception in Sargodha address in Cheema House

Lahore/Sargodha: 13-02-2020: Speaker Punjab Assembly Ch Parvez Elahi while addressing a big gathering in Cheema House, Sargodha, said that if people are in difficulty then political parties should come forward for solution with positive thinking, many opportunities keep coming for politics, country belongs to all of us not of one political party, there should be no division in political parties over national interest, at least one agenda should be such on which all parties agree, local bodies can control all people’s difficulties including price hike, will fully participate in local bodies election, Tanzeela Bibi will be our candidate from Sargodha.

He said that when our alliance with Tehrik-e-Insaaf (PTI) took place, Imran Khan said to me that difference between us and opposition is only of two seats, can you manage it, I said that you do not worry I will everything with my experience, you see today that only with difference of two votes we have done record legislation in the Punjab Assembly.

He said that during our tenure local bodies system was very strong, we had fully empowered District Nazim, if local bodies were here then immediately controlled this storm of price hike, only local bodies can solve difficulties of the people, Imran Khan has good intention and feels pain for the country, but I have to say this with regrets that every party is doing politicking presently, not thinking about the country and the poor, all parties should positive proposals for Pakistan and poor people in the interest of the country by brushing aside their interests.

He said that we have to take economy upward, bring Pakistan at stable level, during my tenure as the Chief Minister GDP growth rate had gone up to 8. 5 per cent, I have always taken criticism of political enemies positively, in politics ego should be buried and think about the country.

Talking to the media afterwards, he said that our party is supporting Chief Minister Usman Buzdar, difficulties which the government is facing in delivering at national and provincial levels we keep on giving suggestions over these.

He said that there has been lot of improvement in the Punjab Assembly, all members of the assembly will have to show patience and tolerance so that prestige of the assembly is enhanced, in this regard Speakers of the National and Provincial Assemblies have always been trying that the House should run smoothly and nicely.

Responding to a question, he said that Maulana Fazlur Rehman would have talked to you about leaking the secret not to me. He said that PTI and our party are going together as such the future of both the parties is also together.

On this occasion welcoming workers and guests of PTI and Muslim League, Tanzeela Amir Cheema said that I welcome Ch Parvez Elahi on arrival in Qasr-e-Sultan, as the Chief Minister Punjab you made Sargodha an ideal city, with 1122, medical college, concrete roads, water courses increased the progress of Sargodha, Ch Parvez Elahi should put his affectionate hand on our head, we were with them earlier and are also with them today. She also demanded colony for the journalists of Sargodha. 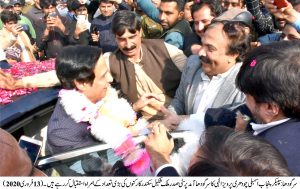