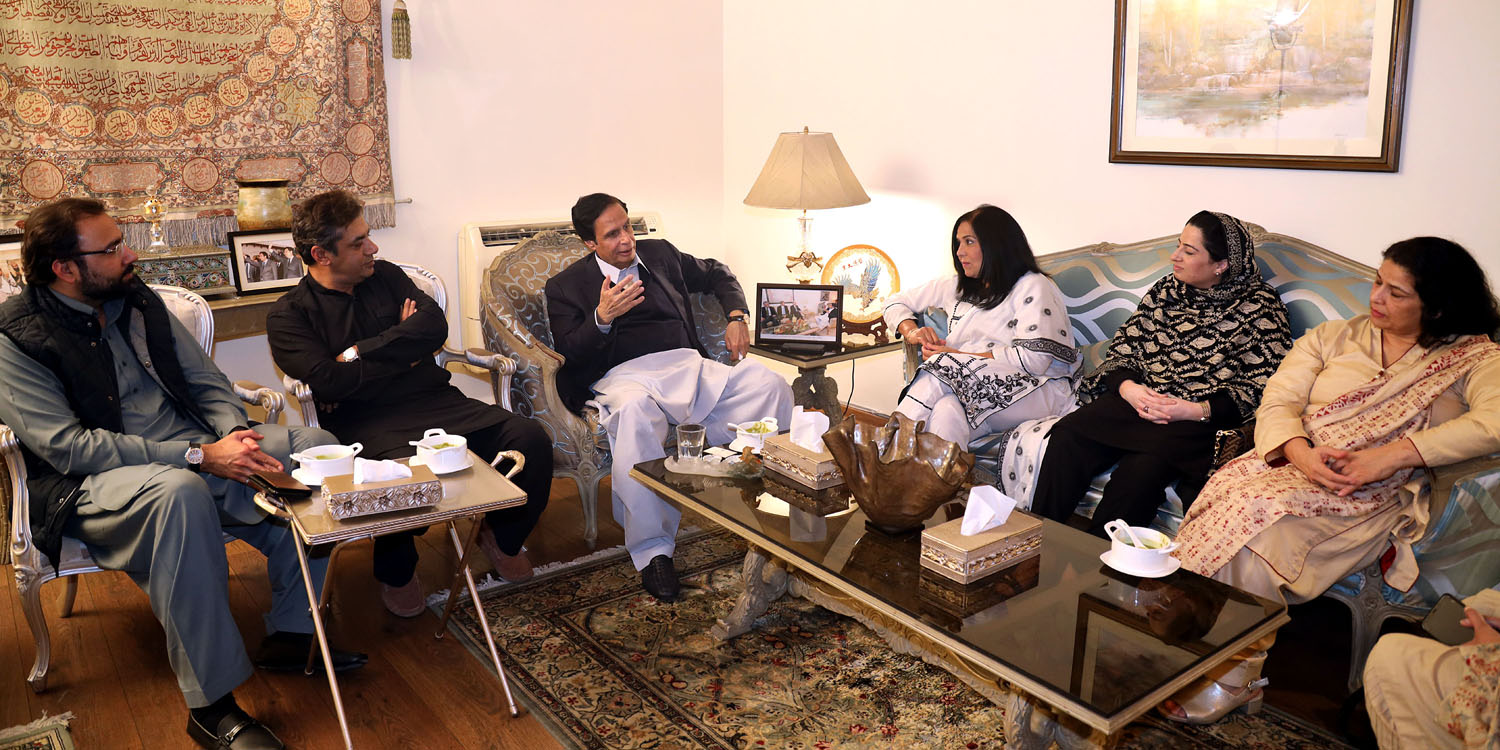 In the meeting MPA Khadeeja Omar was also present during which views were exchanged regarding promotion of mutual peoples contact campaign.

Ch Parvez Elahi said that Britain and Pakistan have very deep bilateral political and cultural relations. He said recently the British royal couple had visited Pakistan as the Ambassador of Peace and declaring Pakistan a peaceful country had introduced positive face of Pakistan to the world and also declared it as safe country for tourism, apart from this by starting direct air service from Britain to Pakistan also expressed its confidence on Pakistan.

He said that today’s Pakistan is more safe as compared to the past, we invite people fond of tourism to come and enjoy natural beauty of Pakistan.