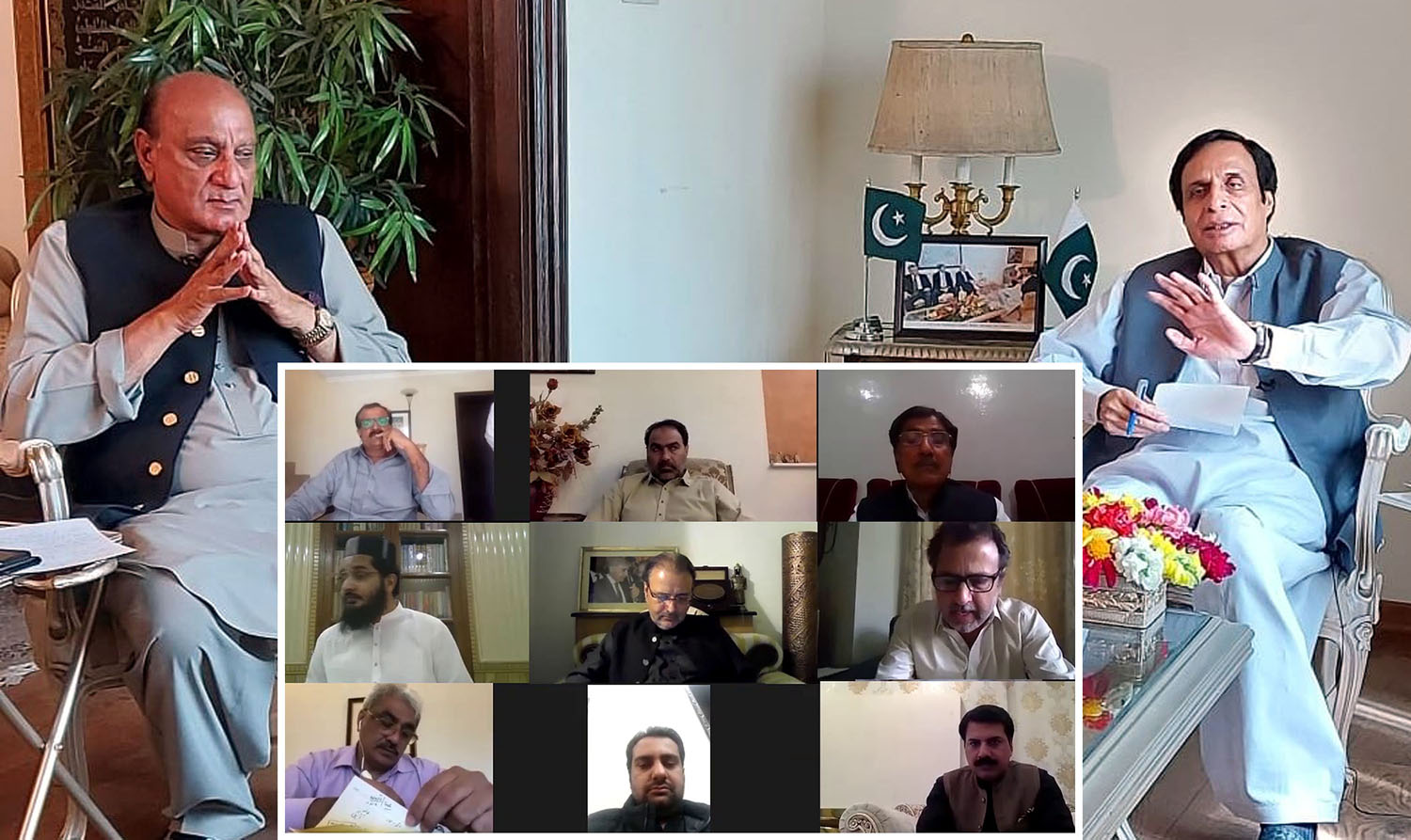 Testing system be expanded for stopping spreading of Corona

Measures be taken to populate mosques during Ramzanul Mubarik so that Almighty Allah gets happy with us and rids us of this pandemic, Provincial Law Minister Muhammad Basharat Raja represented the provincial government

Special arrangements be made for sanitization at wheat procurement centres, protective kits be provided in districts, dengue spray be started forthwith, the government should apprise about all measures, joint declaration

Lahore: 10-04-2020: In the meeting of the All Parties Special Parliamentary Committee held under chairmanship of Speaker Punjab Assembly Ch Parvez Elahi, emphasis was laid on immediate and effective measures for expanding the testing system and from further spreading of the pandemic, to keep populated the mosques during Ramzanul Mubarik was also emphasized so that Almighty Allah gets happy with and rids us of this pandemic whereas minimum fourth months relief in bills to madaris and mosques and special sanitization facilities at wheat procurement centers were also demanded.

Some opposition members strong criticized establishment of the Tiger Force. It was further stated in the joint declaration that next three, four weeks being declared as dangerous by the Federal Committee on Corona Virus, it is essential that testing kits of this pandemic shortage should not occur in any case and maximum population be provided free and easy Corona tests facility so that its expected expansion be controlled effectively. It was also emphasized that at the district and tehsil headquarters hospitals also outdoor facility be opened as well as doctors and other medical staff be provided protective kits in large number.

It was further stated in the meeting that the wheat procurement policy be clarified forthwith, protective measures be strictly enforced at the procurement centres and in this regard such special arrangements be made for sanitization so that the farmers and the staff do not face any difficulty and they remain safe of pandemic also.

The meeting also directed the government to apprise about the measures taken in this regard. The Punjab Government was asked that dengue season has come and for prevention against it spray should immediately be started.

All Parties Parliamentary Committee while condemning recent maltreatment with the Tableeghi Jamaat, its services for preaching of the “deen” (religion) were wholeheartedly appreciated and praised.

The Committee demanded that the mosques and deeni madaris be provided relief in payment of bills and least four months grace period be given.

Ch Parvez Elahi heartily thanked all members of the Committee for full participation in the meeting and expressed the hope that the government will fully implement the recommendations of the Committee so that alongside meeting the requirements of sanitization peoples difficulties are also be minimized. # 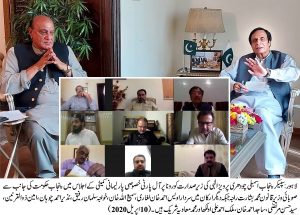