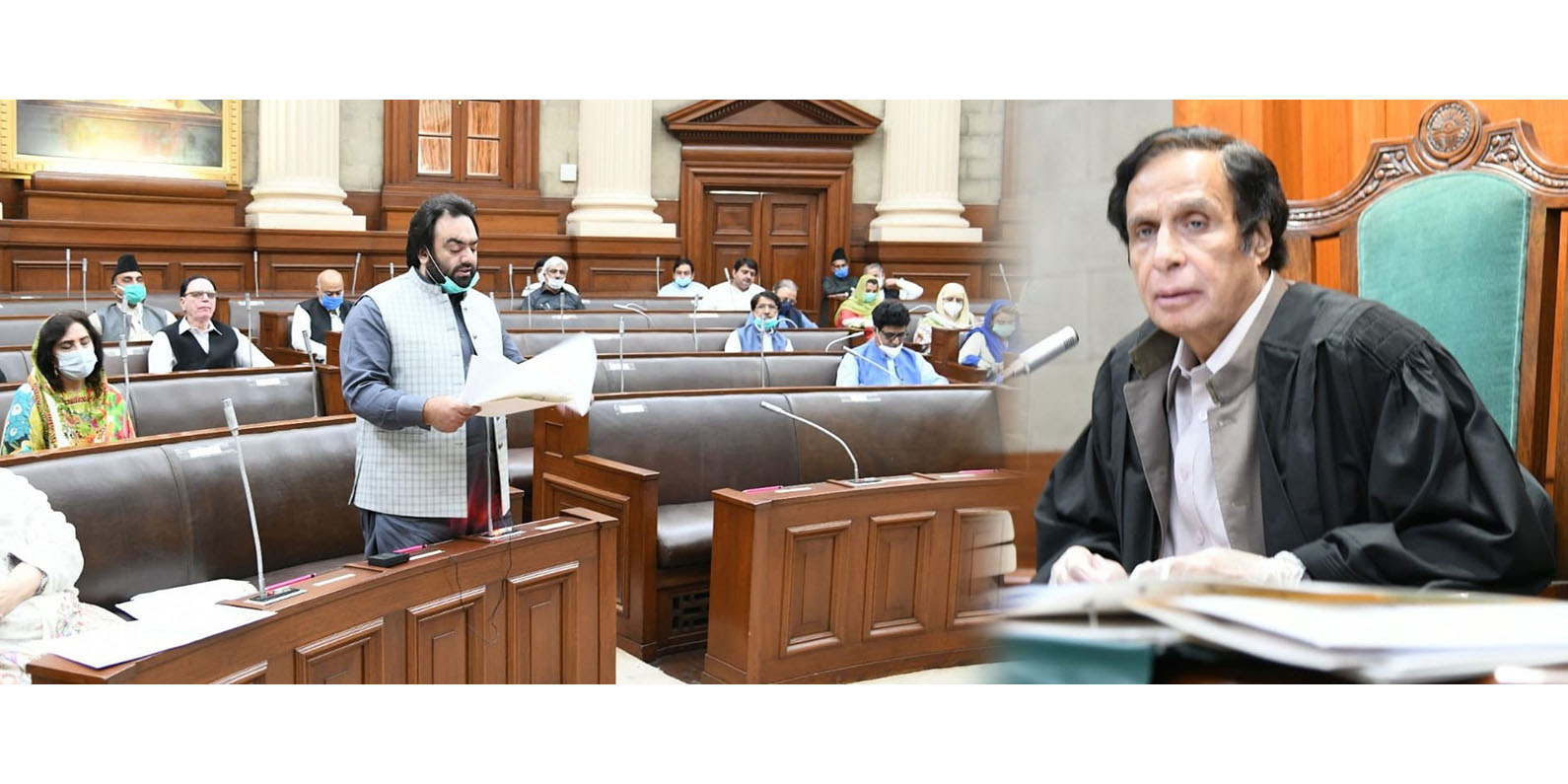 Till Qadianis do not recognize themselves as non-Muslim they cannot be accepted as minority, Speaker Punjab Assembly Ch Parvez Elahi address during assembly session, resolution on Tahuffuz-e-Khatam-e-Nubawwat unanimously passed

Lahore: 12-05-2020: During Punjab Assembly session presided over by Speaker Ch Parvez Elahi, Minister for Mines and Minerals Hafiz Ammar Yasir presented a resolution regarding Tahuffuz-e-Khatam-e-Nubawwat (ﷺ) wherein it was stated that Almighty Allah says “O Muslims! Hazrat Muhammad (ﷺ) is not father of any man among you but He is prophet of Allah and stamp of the messengers and Allah knows everything well (meaning thereby that it has been stamped and this path has closed for ever and no more nubawwat issuance is out of question (Surat Al-Ahzaab. Ayat 40), Hazrat Soban رضی اللہ عنہ is cited in Jamia Tirmizi and Sunnan Abu Dawood that the Holy Prophet (ﷺ) said that “Out of my Ummah 30 persons will rise such who will be kazaab (great liars), out of them every one will be presuming about himself that he is a prophet, although I am Khatamul Nabeen, no prophet will come after me”, Hazrat Muhammad Rasool (ﷺ) greatness and fazeelat aspect from this that Nubawwat has been completed on Him and this is the reason that in Holy Quran and Ahadith words like Takmeel Akmal about the Holy Prophet (ﷺ) have been excessively used as has been stated in the Holy Quran “Today we have completed (kaamil) your deen and showered our blessings on him “.

“This House appreciates the Federal Cabinet which has not included the Qadianis in the Minority Commission because neither the Qadianis recognize the Constitution of Pakistan nor accept themselves as non-Muslim minority. This House reiterates that every other day one or other issue is raised about Namoos-e-Risalat (ﷺ), one time Hajj form is changed and another time word Khatamul Nabeen (ﷺ) is omitted from the books but till today no action has been taken these conspirators, Pakistan is an Islamic country but we have to beg for Tahuffuz-e-Khatm-e-Nubawwat (ﷺ), this is shameful for all of us, this House demands of the federal government that this process should be ended, those people who have involved in these conspiracies they should be exposed and given stringent punishment, furthermore Hindu, Sikh and Christian are sitting in the Minority Commission, we have never objected about them because they do not call themselves Muslims, we raise voice for the rights of the minorities given in the Constitution, this House demands that if the head of the qadianis sends in writing that they recognize the Constitution of Pakistan and accept themselves as non-Muslim then we will have no objection on their sitting in the Minority Commission, matter of Khatam-e-Nubawwat is a red line for us, there is nothing else more for us than Tahuffuz-e-Nubawwat, Tahuffuz-e-Namoos-e-Risalat (ﷺ), Tahuffuz-e- Namoos-e-Ashaab-e-Rasool, Tahuffuz Namoos-e-Ahle Bait Athaar and Tahuffuz-e-Namoos-e-Ummahatul Momineen رضوان اللہ تعالیٰ علیہم اجمعین, everything of ours is sacrificed on them, there should be no ambiguity on this. “

Speaker Ch Parvez Elahi said that that Khatam-e-Nubawwat (ﷺ) is part of our faith, our life is sacrificed on the Holy Prophet (ﷺ), till the Qadianis do not accept themselves as non-Muslims till them they cannot be accepted as a minority.