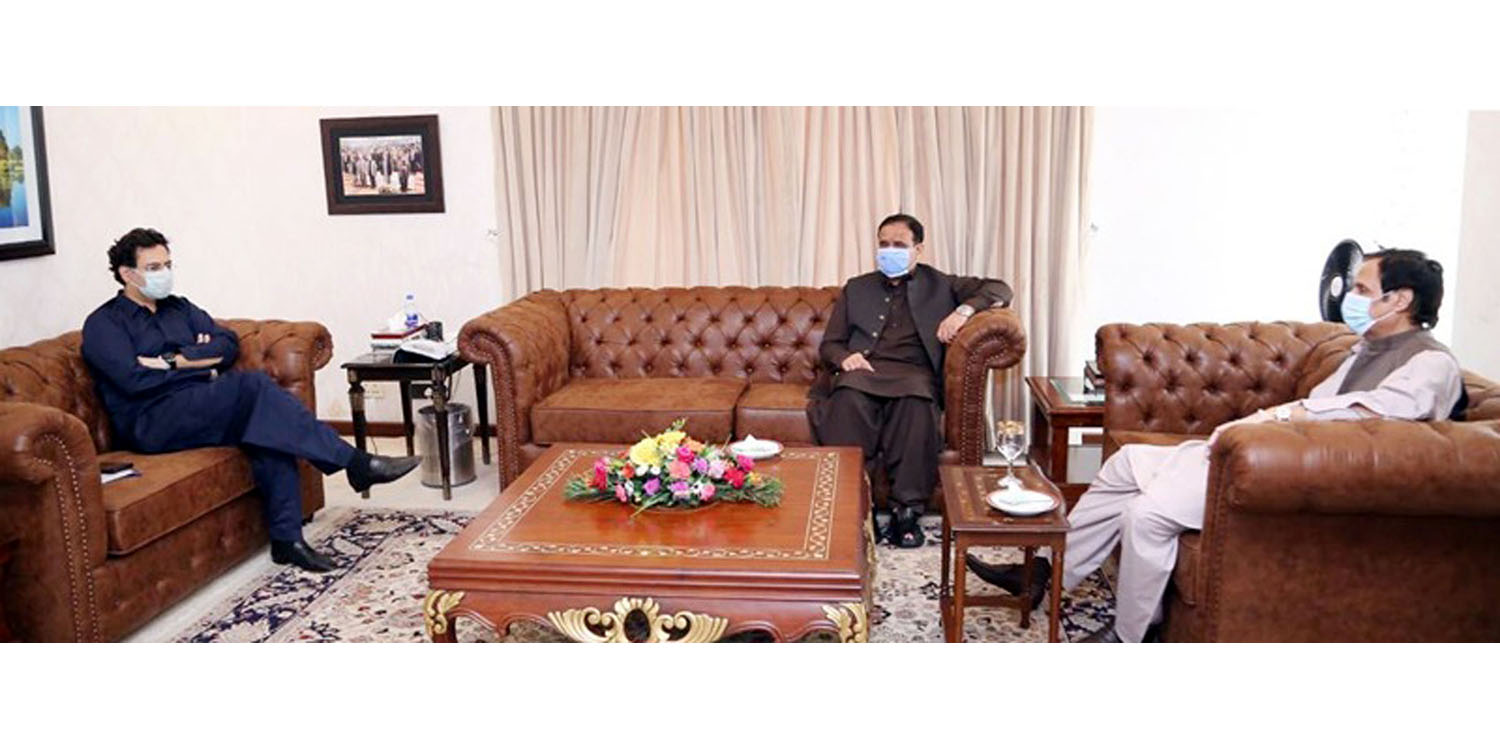 Lahore: 08-06-2020: Speaker Punjab Assembly Ch. Parvez Elahi and MNA Moonis Elahi called on Chief Minister Punjab Sardar Usman Buzdar at his office here on Monday and discussed different matters of mutual interest. Both agreed to run the assembly’s budget session in the best manner and concluded that the process of regular consultations will continue to further improve mutual relationships. The chief minister paid tributes to Speaker Ch. Parvez Elahi for administering the assembly proceedings in the best of manner and banning the derogatory books. We are one for the prosperity of the people and would continue to do so in future as well, he declared. The relationship between the two parties will be further strengthened in the coming days, he added. The CM re-emphasized that PML is an ally and it will be moved along. No conspiracy of creating misunderstanding will succeed, he continued. He emphasized that the mission of public service will be completed as people demand practical steps, instead of hollow slogans. He pointed out the Punjab government has made record legislation in a short period and Punjab assembly’s legislative record is much better than other provincial assemblies. The opposition has no public welfare agenda nor any program to deal with the coronavirus, he added. Ch. Parvez Elahi reaffirmed that they are with the PTI and would continue to stand with it. Our alliance is stronger than before and any attempt of weakening it will not succeed, he declared. We appreciate the good work done by CM Usman Buzdar and wholly support him. Unlike the past, he added the province is ruled by the golden principles of merit and good governance, instead of personal likes or dislikes. Chief Minister Usman Buzdar is serving the masses. We are in the right direction and will continue to jointly serve the masses, he concluded. #