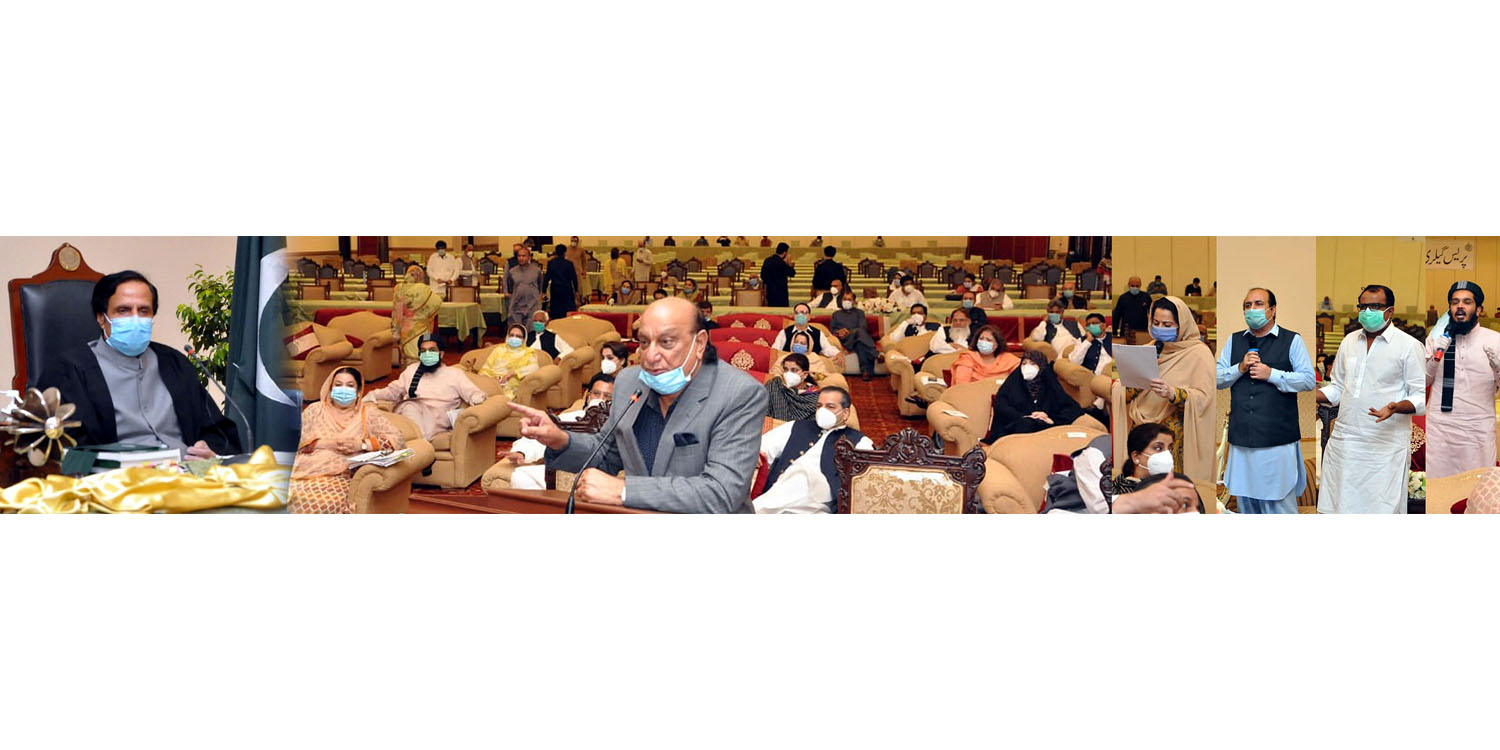 Historical legislation in Punjab Assembly, under jointly legislation Punjab Text Book Board will get all religious books and material verified by Mutaheda Ulema Board

Speaker Ch Parvez Elahi said that with the approval of the bill, door of evil against Khatamul Nabiyeen (ﷺ), Ummahat-ul-Momineen, Khulfa-e-Rashedeen, Ahl-e-Bayt and Sahaba Karam RAs has been shut for all time to come.

The bill was presented by Pakistan Muslim League MPA Khadija Umar under which it has been made compulsory on the Punjab Textbook Board that it will first get all religious books and religious material verified by the Mutaheda Ulema Board.

Talking on the approval of the bill, Speaker Ch Parvez Elahi said that every day conspiracies are hatched against deen which Allah’s Last Prophet Hazrat Muhammad (ﷺ), particularly the books which are taught to our girls and boys students in the schools, hatred is generated and doubts raised about religion (deen) Islam, Khulfa-e-Rashedeen, Ahle Bait and Sahaba Karam, time has now come that doors of this evil mongering are shut forever Insha-Allah, for this we are bringing this important legislation so that our next generations remain safe which is our future.

Speaker Ch Parvez Elahi further said that Insha-Allah under this law Punjab Textbook Board will be bound about all religious books and material which are taught in the schools to get these first verified by the Mutaheda Ulema Board. Ch Parvez Elahi said for blocking the spread of evil we have brought Punjab Curriculum and Text Book Board amendment bill, this country was established in the name of Islam, we will not allow Islam to be humiliated in any manner. #

Text of the resolution says that Professor Waris Mir struggled for democracy during dictatorial regimes, Prof Waris Mir was a great journalist and teacher of his time, he taught journalism in the Punjab University for 25 years, Prof Waris Mir struggled in dictatorial regime and raised his voice for truth through his bold writings, he wrote courageous columns in different newspapers of the country. for 25 years, he represented aspirations of the people of Pakistan according to Gazette of Pakistan-2013 page 44 writing for truth and speaking as voice of the people.

It has been demanded in the resolution that in the Punjab University New Campus near Waris Mir’s eternal resting place New Campus Underpass be renamed again as Professor Waris Mir Underpass. #