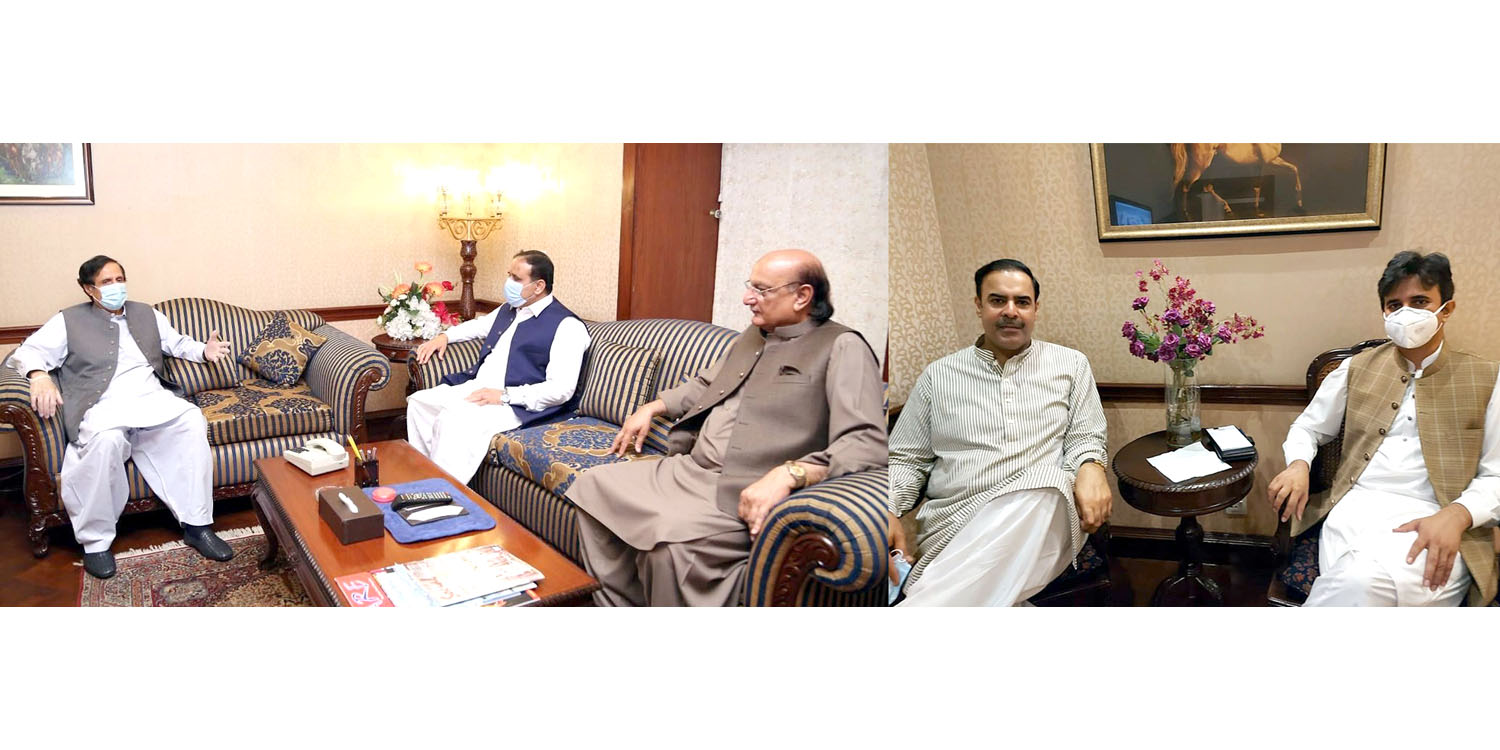 We were, are and will remain together: Chief Minister Usman Buzdar, Speaker Ch Parvez Elahi

During the meeting views were exchanged in detail about matters of mutual interest, political situation, masses welfare projects and working relationship.

Chief Minister Punjab said that we were together, we are together and Insha-Allah will remain together. Both the leaders reiterated the pledge to serve the people jointly.

Chief Minister Usman Buzdar said that Ch Parvez Elahi is our ally, we are moving onward along with Muslim League, opposition has done political scoring on every sensitive time including Corona, opposition parties are victim of depression.

Speaker Punjab Assembly Ch Parvez Elahi said that journey of serving the masses will be moved further speedily, nobody will be allowed to create obstruction in the mission to provide relief to the people, Punjab Government has presented a better and balanced budget in the prevailing difficult economic circumstances, on presenting tax free budget Chief Minister Usman Buzdar and his team deserve congratulations.

He said that we are seeing Punjab moving fast on the path of progress, we are allies of Tehrik-e-Insaaf and will remain so, opposition during its tenure made victim of its ego projects of peoples’ welfare of my tenure, our objective and focus is to serve the people. #