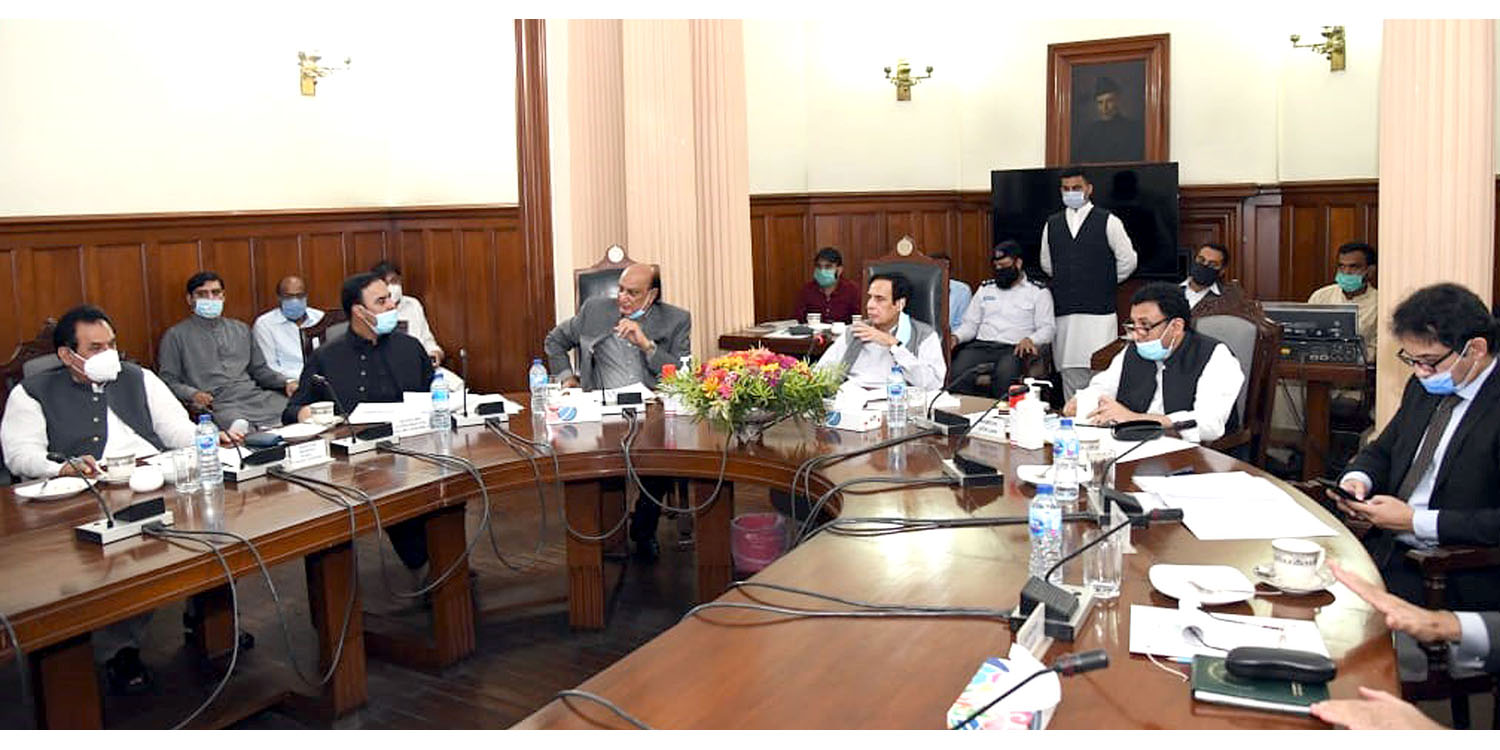 No institution should pass on responsibility to any other’ s shoulder in construction Assembly building: Ch Parvez Elahi

Speaker admonishes responsible for delay in construction of the building, directs early completion of construction work, besides assembly hall under-construction mosque should also be completed by end of August, will inaugurate mosque earlier than building, Speaker reminds construction departments of the assembly’s new building

Building will be handed over to Punjab Assembly by end of current year, Buildings Department, NCA, NESPAK and other construction institutions assurance to Speaker

Lahore: 08-07-2020: A high level meeting was held in the Assembly Secretariat under chairmanship of Speaker Punjab Assembly to review progress of under construction building of Punjab Assembly here today (Wednesday).

On this occasion, Speaker Ch Parvez Elahi said that in the under construction building of the assembly, no institution should pass responsibility to any other’s shoulder. Speaker admonished the responsible and he directed the completion of the construction immediately.

On this, Buildings Department, NCA, NESPAK and other construction institutions assured the Speaker that the under-construction building will be handed over to the Pun jab Assembly by the end of current year.

Ch Parvez Elahi said that besides assembly hall, under-construction mosque should also be completed by end of August this year, will inaugurate the mosque earlier than the building.

Ch Parvez Elahi emphasized that the mosque should be beautiful and ideal and all facilities should also be provided in the quarters for the assembly employees. #