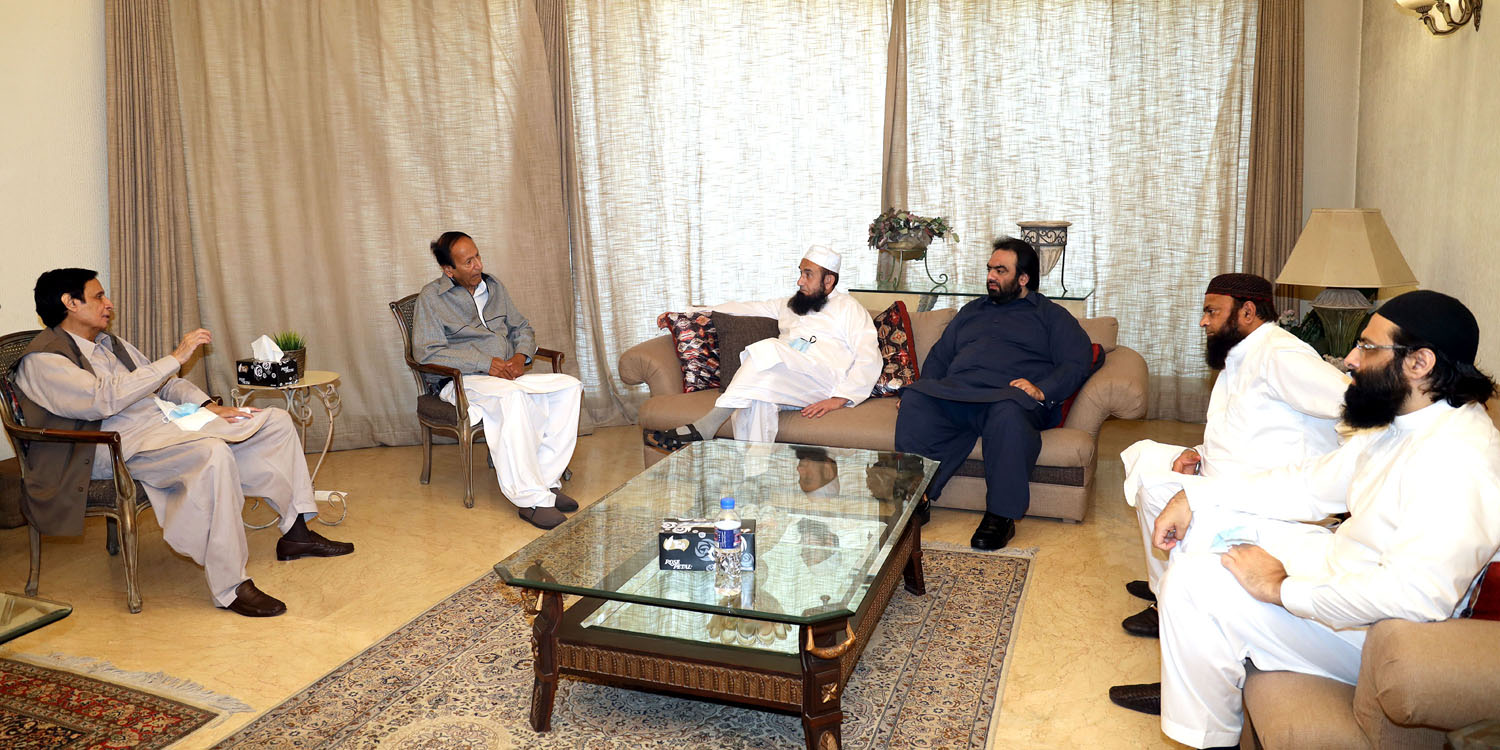 Ch Shujat Hussain, Ch Parvez Elahi and their family have always taken stand on religious matters which is quite appreciable

He inquired about welfare of Ch Shujat Hussain and also prayed for his long life and solidarity and security of the country and the nation.

Appreciating the services of Ch Shujat Hussain, Ch Parvez Elahi and their family for Islam and their role in full support for Tableeghi Jamaat, Maulana Tariq Jamil said that you have performed “Farz-e-Kifaya” on behalf of the Muslim Ummah, Almighty Allah has chosen your family for service to the religion, your family has always taken stand in religious matters which is quite appreciable.

He paid tributes to Speaker Ch Parvez Elahi for measures of Tahuffuz-e- Namoos-e-Risalat and Tahuffuz-e-Namoos-e-Sahaba and prior approval of Mutahedda Ulema Board for publication of religious books in the Punjab Assembly.

He said for pretty long period I have been meeting different rulers in connection with religious services but the respect and love which Ch Parvez Elahi has given that I can never forget, there is no parallel of the services which he has rendered as a ruler.

Thanking Maulana Jamil on his arrival, Ch Shujat Hussain and Ch Parvez Elahi said that services of ulema like you for promotion of Islam can never be forgotten. # 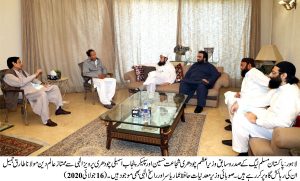