Breaking News
Home / News / English News / “Tahaffuz-e-Bunyaad-e-Islam” is a historic bill, this bill will prove a milestone in protection of religion of Islam and its supremacy Insha-Allah: Ch Parvez Elahi 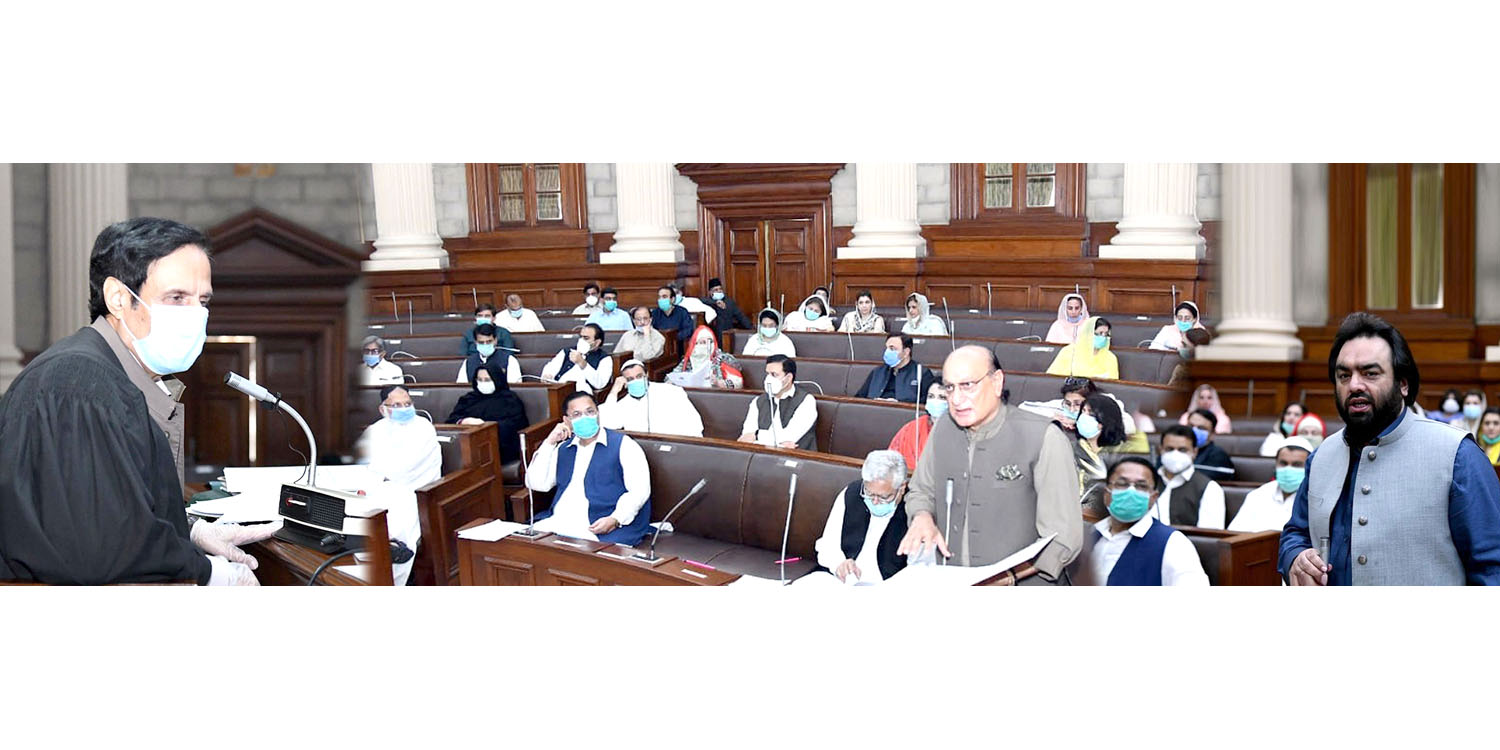 “Tahaffuz-e-Bunyaad-e-Islam” is a historic bill, this bill will prove a milestone in protection of religion of Islam and its supremacy Insha-Allah: Ch Parvez Elahi

Lahore: 22-07-2020: Speaker Punjab Assembly Ch Parvez Elahi has said that “Tahaffuz-e-Bunyaad-e-Islam” is a historic bill, I am highly thankful to Almighty Allah on its passage, this bill will prove a milestone in protection of religion Islam and its supremacy Insha-Allah, federation and provinces should follow us in this regard, bill like should be got passed by Centre (Federation) and all provinces and enforced all over Pakistan, particularly Section Number 3/F of this bill should be Article 295 of Pakistan Penal Code 1860.

Ch Parvez Elahi expressed these views after passage of the “Tahaffuz-e-Bunyaad-e-Islam” Bill in the Punjab Assembly here today (Wednesday).

He said further after passage of this bill, protection of Almighty Allah, honour and respect of all sacred personalities, Last of the Prophets Hazrat Muhammad (ﷺ), all messengers of Allah, all divine books, all angels, all Righteous Caliphs, the Mothers of all believers, all companions of the Holy Prophet (ﷺ), Ahl-e-Bait, and foundations of Islam will become possible. He said that I thank Speaker National Assembly Asad Qaiser for taking personal interest in this matter, I will also consult him soon in this regard so that it should be implemented, Insha-Allah.

The Speaker that I am grateful to Chief Minister Punjab Sardar Usman Buzdar, mover of this resolution Hafiz Ammar Yasir as well as Opposition leader Hamza Shehbaz Sharif, Provincial Minister Murad Ross and other MPAs who played their full role in the passage of this bill.

Ch Parvez Elahi said that about a year back matter of three such books came into notice in which filthy and blasphemous language was used about our most beloved Prophet Hazrat Muhammad (ﷺ), Righteous Caliphs and Islam. The Speaker said at that time our party member Hafiz Ammar Yasir moved a resolution in the Punjab Assembly in this regard which was unanimously approved, I constituted a Special Committee headed by Provincial Law Minister which did very good work. He said that I duly appreciate the efforts of Raja Basharat Sahib under whose chairmanship the Committee worked day and night and found out the books, I am also heartily grateful to other members of this committee Mian Shafi Mohammad, Kashif Mehmood, Mohammad Moavia Azam, Muhammad Ilyas Chinioti, Sajid Ahmad Khan Bhatti, Syed Hassan Murtaza and Ms Neelum Hayat.

The Speaker prayed that may Almighty Allah accept us and our generations for more service to religion of Islam and keep us steadfast always and bless all those who took part in this pious process, Amen.

On this occasion, Provincial Mines and Minerals Minister Hafiz Ammar Yasir said that today is a very big day, am grateful to Speaker Ch Parvez Elahi and all MPAs over passage of “Tahaffuz-e-Bunyaad-e-Islam” Bill. He said that Almighty Allah always keeps names of those people higher who offer their lives and wealth for religion of Islam. Hafiz Ammar Yasir said that for supremacy of His religion Allah has chosen the family of Speaker Ch Parvez Elahi and this is a very great honour indeed.

He said that in Tehrik Khatam-e-Nubawwat Ch Zahoor Elahi Shaheed had played a very prominent and historic role.