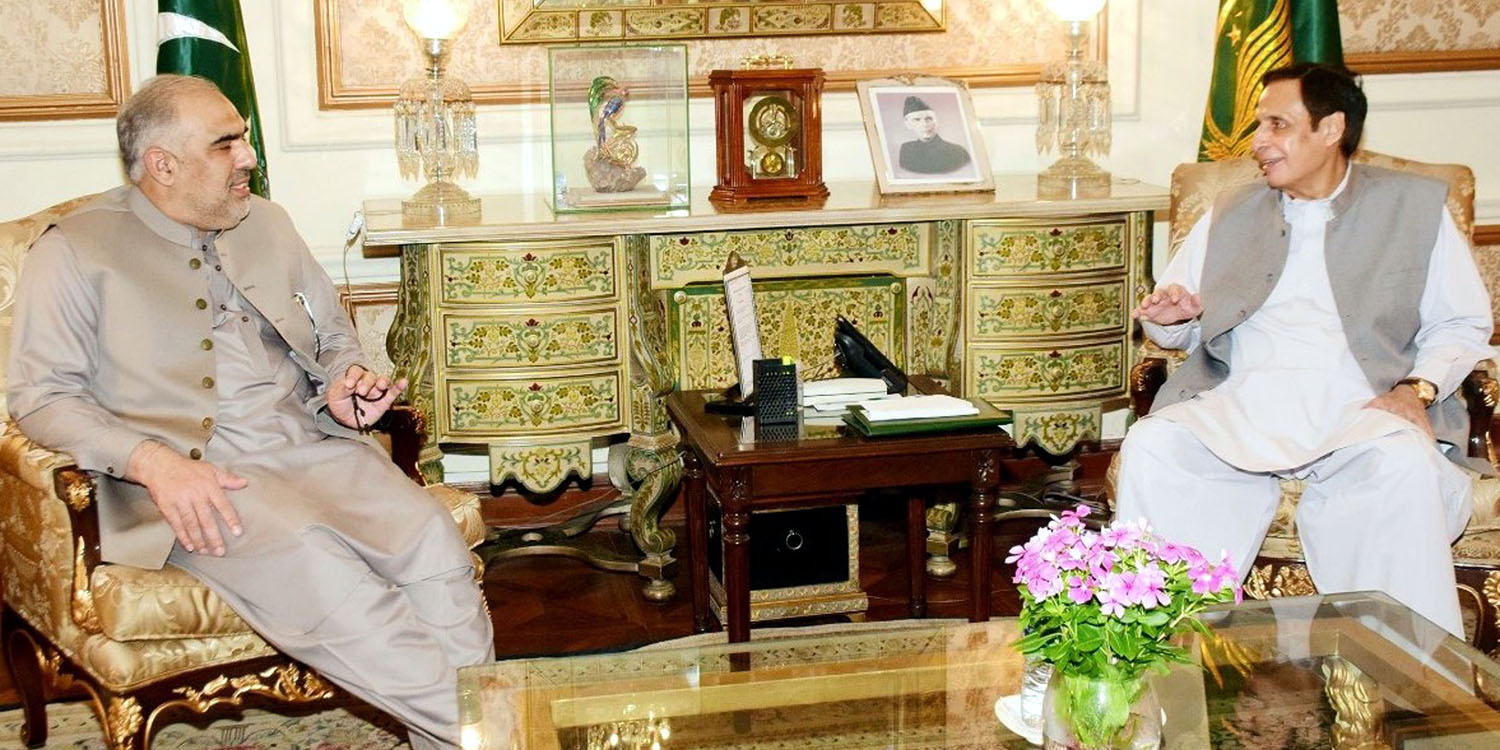 Consultation held regarding reforms in agriculture sector of Punjab, preventive measures for safety against pandemic of Corona, views exchanged about national political situation, Punjab and other matters of mutual interest

On this occasion, views were exchanged about national political situation, Punjab and other matters of mutual interest.

Talking to the media, National Assembly Speaker Asad Qaiser said that during a tour of the Punjab I had met Chief Minister Punjab Usman Buzdar and today also met Ch Parvez Elahi who is a senior politician.

He said that we have formed a committee in the National Assembly regarding reforms in agriculture, have asked for formation of a similar committee in Punjab also, agriculture is a very important sector and backbone of economy, there is need for further improvement in this sector.

Talking to the media, Ch Parvez Elahi said that discussion has been held with the Speaker National Assembly, we will work on the guideline so given and try to benefit from each other experiences, in Punjab no such work was done earlier in agriculture sector which was done during our tenure, we are now again starting work on it, in which things will move towards further improvement.

He said that meetings have been held with Speaker National Assembly Asad Qaiser earlier also, Asad Qaiser is a person with seasoned nature.

During the meeting, consultation was also held regarding preventive measures for safety against pandemic of Corona and implementation of SOPs. #