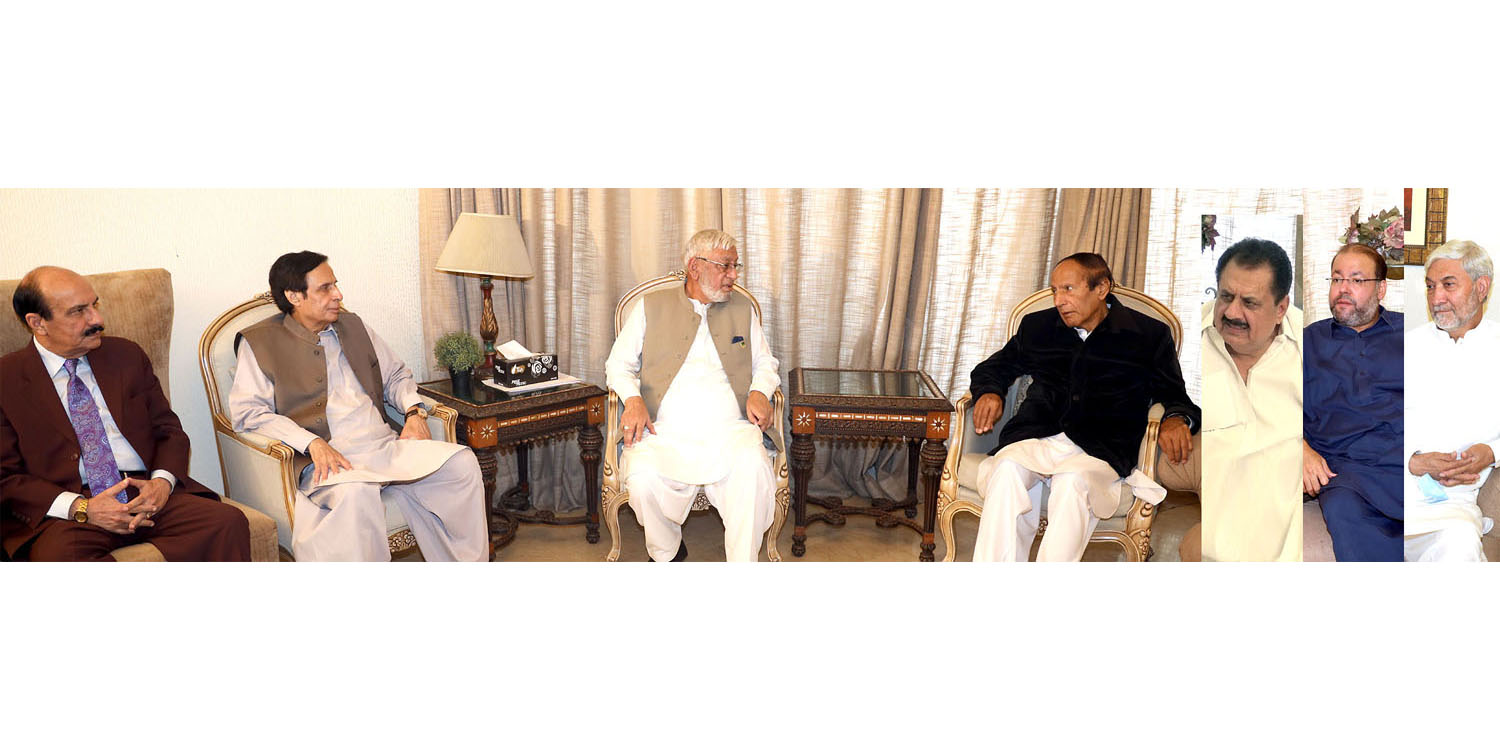 Gilgit-Baltistan is gateway of CPEC, election should be free and fair: Ch Shujat Hussain, Parvez Elahi

Lahore: 11-10-2020: Pakistan Muslim League (PML) President and former Prime Minister Ch Shujat Hussain and Speaker Punjab Assembly Ch Parvez Elahi have said that Gilgit-Baltistan is very important for economy and defence of Pakistan and is a gateway of CPEC, this is the reason that our party Pakistan Muslim League has always given special attention to this region and its people.

They said this along with Federal Minister Tariq Bashir Cheema and Senator Kamil Ali Agha while talking to Caretaker Gilgit-Baltistan Chief Minister Mir Afzal Khan who called on them at their residence here today (Sunday). On this occasion Shafay Hussain and G. M. Sikander were also present.

Caretaker Chief Minister Mir Afzal Khan said that Ch Shujat Hussain had put forth the demand for interim provincial status for Gilgit-Baltistan and today we have secured this position as a result of his efforts for which we are grateful to Pakistan Muslim Leadership particularly Ch Shujat Hussain who has played important role in progress, prosperity and safeguarding the rights of this region.

Emphasizing on the dire need for holding of free and fair election in Gilgit-Baltistan, Ch Shujat Hussain and Ch Parvez Elahi said that all should be give opportunity for participating in these elections freely, our party has always recognized the importance of this region because for security, defence and economic growth of Pakistan it has great importance which cannot be ignored in any manner whatsoever. #