The current political situation, Prime Minister Imran Khan’s vote of confidence and unopposed election of Senator in Punjab were discussed during the meeting.

Ch Parvez Elahi said that we are fully supporting the government as an ally. # 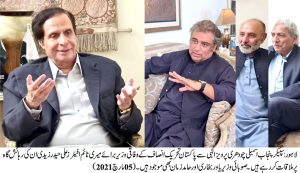