Breaking News
Home / News / English News / The Quran Act and the law regarding Khatam-e-Nubawwat were passed unanimously, it’s very important to include a clear column of Khatam-e-Nubuwwat in Nikah Nama: Ch Parvez Elahi 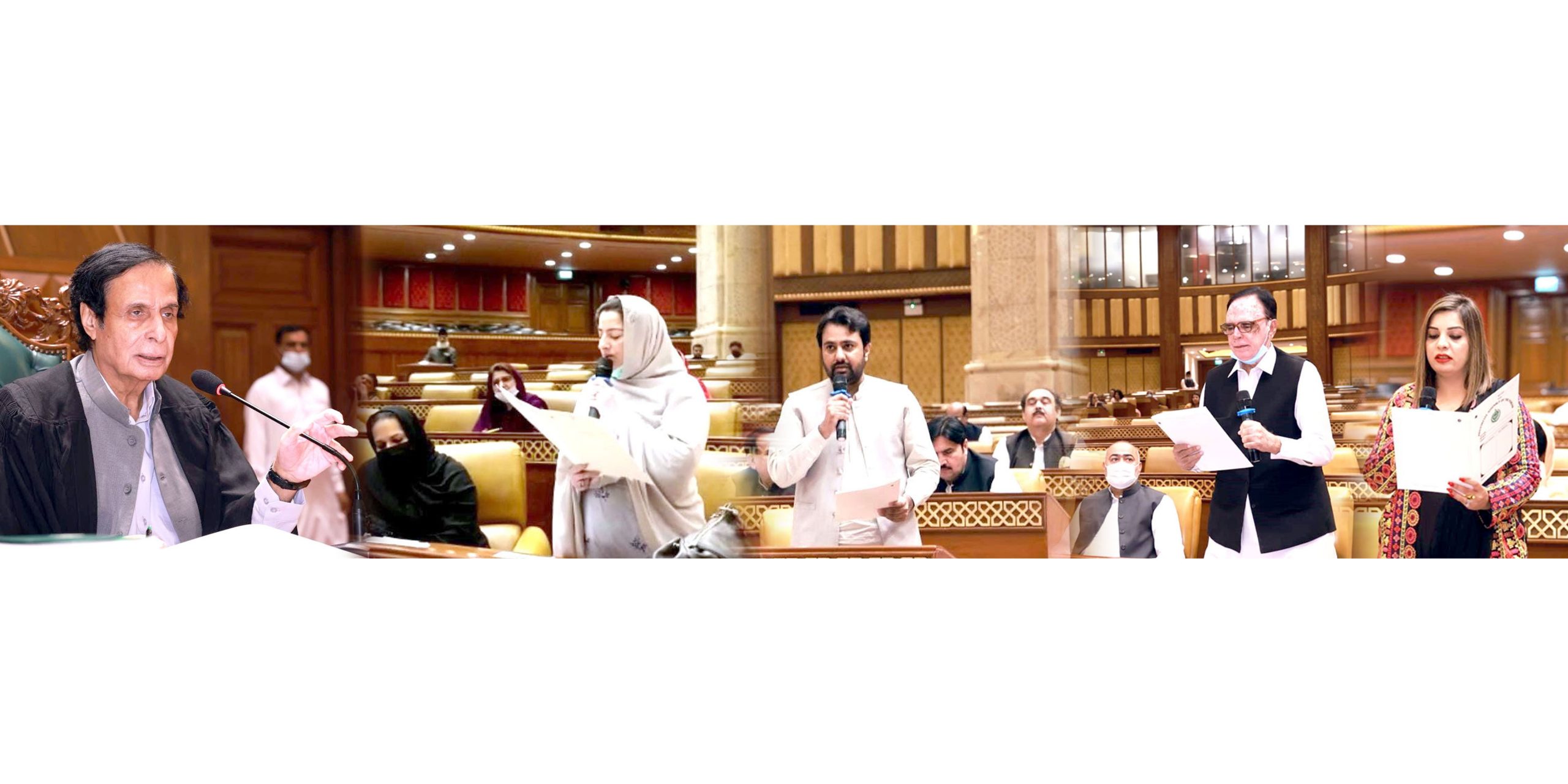 The Quran Act and the law regarding Khatam-e-Nubawwat were passed unanimously, it’s very important to include a clear column of Khatam-e-Nubuwwat in Nikah Nama: Ch Parvez Elahi

There have been many cases where the groom has turned out to be a Qadiani after marriage. Legislation should be enacted to prevent this so that all doubts and suspicions can be removed before the marriage takes place: Speaker Punjab Assembly

At the very outset, Speaker Ch Parvez Elahi said that the Punjab Assembly had unanimously passed legislation regarding Quran Act and Khatam-e-Nubawwat, now many cases are surfacing that the groom was found to be a Qadiani after marriage, legislation should be enacted to prevent this so that all doubts and suspicions can be removed before the marriage takes place.

Khadija Umar, Basma Chaudhry and N-League’s Maulana Ilyas Chinioti sought the permission of the Speaker for presenting a joint resolution for including a column about Khatam-e-Nubawwat in the Nikah Namah.

It was stated in the resolution “This House of the Punjab Assembly demands of the Punjab Government that for clearing the difference between Muslim and non-Muslim (Qadiani, Ahmedi etc.) in the NADRA Form and Passport Form on the pattern of oath under mentioned here Khatam-e-Nubawwat oath should also be included in Nikah Nama form under rule 8 and 10 of The Muslim Family Laws Ordinance 1961 clearly. This oath is like this “I am a Muslim and believe in Hazrat Mohammad (ﷺ) being Last of the Prophet, and Unconditional Khatam-un-Nabiyeen. I do not recognize any such person who after Holy Prophet (ﷺ) word “Nabi” explanation in any manner believes and being claimant of the prophet, religious reformer or Muslim at all. I declare Mirza Ghulam Ahmad Qadiani as a liar and those belonging to his Lahori or Qadiani groups being non-Muslims.” Afterwards this resolution was unanimously passed. Rich tributes were paid to Speaker Punjab Assembly Ch Parvez Elahi, Provincial Law Minister Mohammad Basharat Raja, movers of the resolution Khadija Umar, Basma Chaudhry and N-League’s Maulana Ilyas Chinioti and all treasury benchers and opposition MPAs for fully supporting the resolution.

Earlier on, duration of proceedings of the House were shortened and Question Hour about Labour Department and Minerals Sources suspended due to demise of MPA Nishat Ahmad Daha.

Fateha was offered in the Punjab Assembly for Mohsin-e-Pakistan Dr Abdul Qadeer Khan, MNA Parvez Malik, MPA Nishat Ahmad Daha and those killed by dacoits firing in Rahim Yar Khan. One minute silence was observed in the House on demise of former MPA Peter Gill.

During the session University of Lahore Amendment Bill 2021, Rashid Latif Khan University Bill 2021, the Punjab Community Safety Measures In Sports and Health Clubs and the University of Management and Technology Lahore 2021 were introduced in the House. On this the Speaker referred all bills to the concerned committee with the direction to submit report in each case in two months. The Speaker adjourned the House till tomorrow (Wednesday) morning at 11:30 am. #