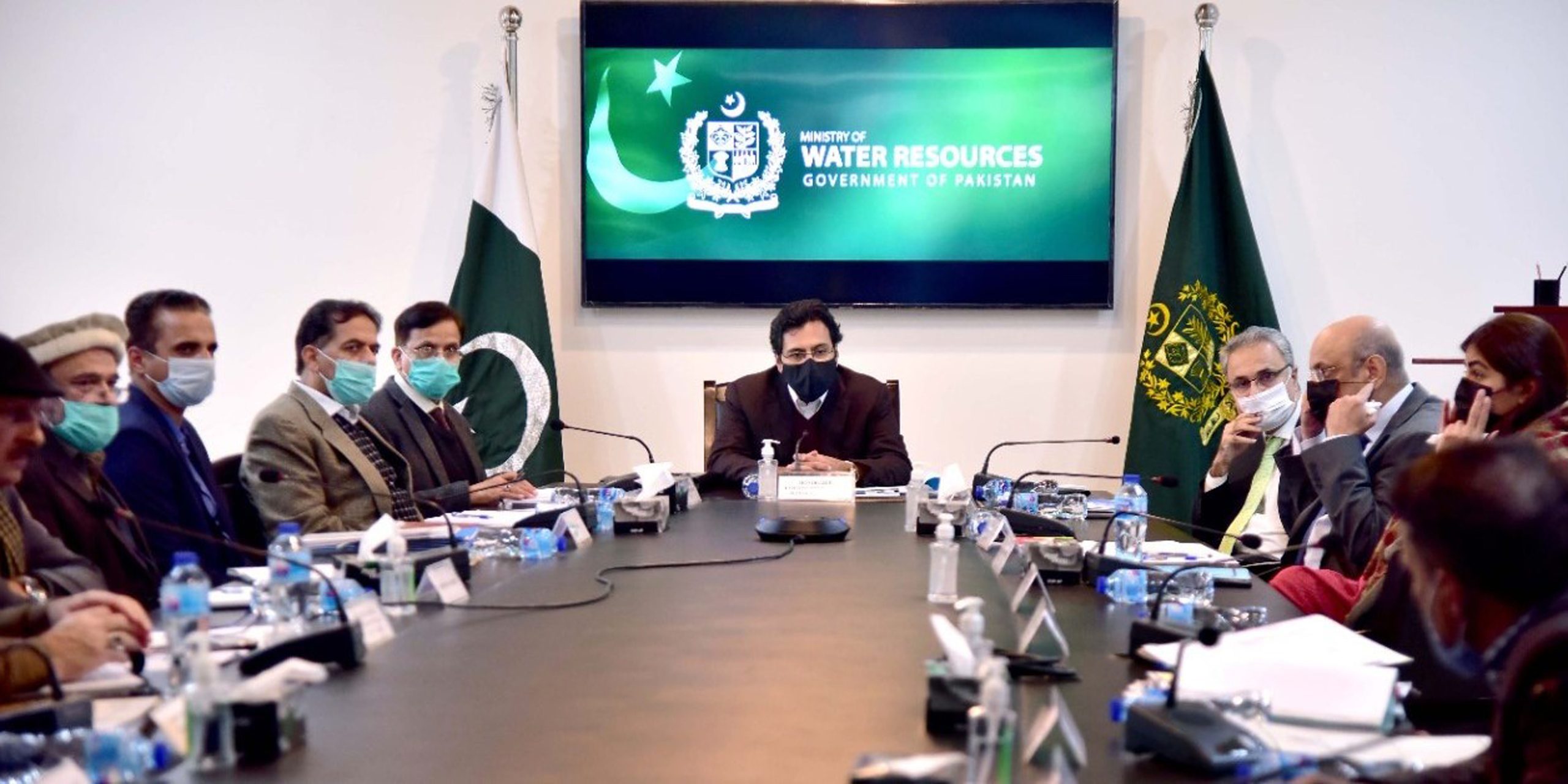 Meeting of Steering Committee of National Water Policy chaired by Federal Minister Moonis Elahi, approval to set up a committee to provide additional water to Karachi

The meeting was attended by the Federal Secretary of Ministry of Water Resources, Planning, Development & Special Initiatives (PD&SI), representatives of Finance Division, Ministry of National Food Security & Research (NFS&R), and the provincial secretaries of Irrigation and Agriculture departments of the Govts of Punjab, Sindh, Khyber Pukhtoonkhwah and Balochistan as well as representatives of Govts of Azad Jammu & Kashmir and Gilgit-Baltistan also attended the meeting. Besides, representatives of WAPDA, Surveyor General of Pakistan, IRSA, Flood Commission and the Pakistan Commissioner for Indus Waters also attended.

The Minister for Water Resources highlighted the importance of water sector and underscored the importance of implementation of the National Water Policy for achieving economic development goals of the country and wellbeing of the people of Pakistan.

The Federal Minister also reviewed the matter of providing additional water supply to Karachi in pursuance of the decision of the Council of Common Interests (CCI). In order to take informed decision, Moonis Elahi approved constitution of a committee headed by the Joint Secretary (Water) MoWR and comprising IRSA Members, MD KWSB, and provincial secretaries of Irrigation Departments.

As an additional agenda item, he also considered request of Govt of AJ&K for resolution of 614 cusec water from Mangla to irrigate its surrounding areas lying in AJK. In this regard he suggested the Govt of AJK to submit a reference to the M/O WR for taking further necessary action.

He concluded the meeting by appreciating the efforts made by the Ministry of Water Resources to arrange second meeting of the steering committee of the NWP within a short period of three months. He encouraged the stakeholders particularly the provinces to follow the same spirit and extend their best cooperation in implementation of the national water policy. # 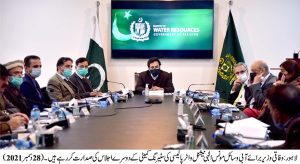