May Allah heal you soon, the next meeting will be in the Assembly, Secretary Punjab Assembly Muhammad Khan Bhatti and GM Sikandar also accompanied him 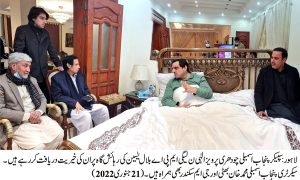