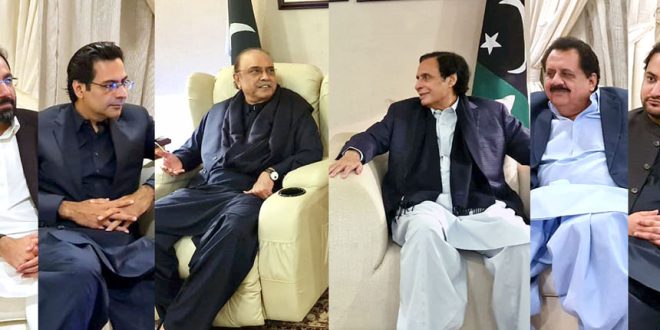 Asif Ali Zardari and Ch Parvez Elahi will decide on the next course of action through consultation: Joint Declaration

According to a joint statement issued by the two parties after the meeting, the PPP and PML agreed to take decisions in consultation. The leadership of PML and PPP expressed full confidence in each other. The political situation in the country and other issues of mutual interest were discussed in detail during the meeting. #