The issues related to Media Joint Action Committee were discussed in detail in the meeting. It may be recalled that Prime Minister Imran Khan on the occasion of his visit to Lahore had given the task to Speaker Punjab Assembly Ch Parvez Elahi to resolve the issues between the media houses and the government regarding the PECA Ordinance. # 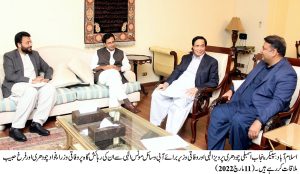