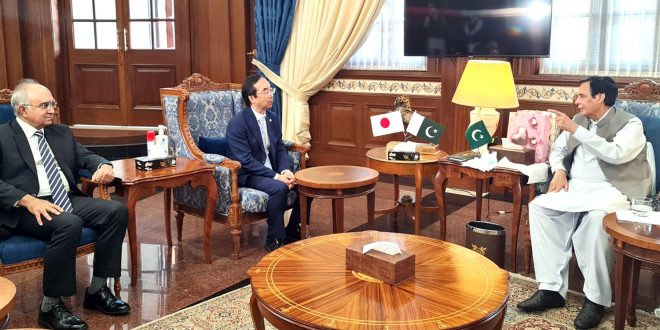 I will play my full role in obtaining NOC and removing obstacles for investment in Punjab: Ch Parvez Elahi

Japan wants to give a grant for Taxila Museum, play your role to complete the necessary process, as the Chief Minister of Punjab you have done an exemplary job which is still proving to be very useful for the welfare of the people: Japanese Ambassador Mr. Wada Mitsuhiro

Ch Parvez Elahi said that foreign investors are welcome in Pakistan, my services are available for obtaining NOC required for investment in Punjab, I will play my full role in removing barriers to investment. We want to further enhance bilateral cooperation in trade with Japan.

Ch Parvez Elahi said that Japan is a stable economic country and we want to imitate its economic model. Pakistan, as a very important country in Asia, attaches great importance to its relations with Japan.

The Speaker said that Azad Kashmir and the northern areas of Pakistan have been endowed with great beauty by nature. He said that friendly relations between Pakistan and Japan have been established since 1948. At present there are more than 80 Japanese companies operating in Pakistan which provide employment to thousands of families. The Speaker briefed the Japanese Ambassador on the structure of the Assembly, parliamentary traditions and the Rules of Procedure of the Assembly.

The Japanese Ambassador said that Japan has always strived for the betterment of Pakistan. As the Chief Minister of Punjab, you have done exemplary work which is still proving to be very useful for the welfare of the people. He further said that Japan wanted to give a grant for Taxila Museum, you should play your role for completion of necessary process. He said that he was also interested in setting up food industry in Pakistan, NOC and other steps should be completed expeditiously. The Speaker assured the Japanese Ambassador that barriers to investment would be removed. 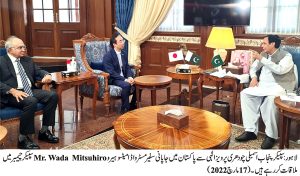