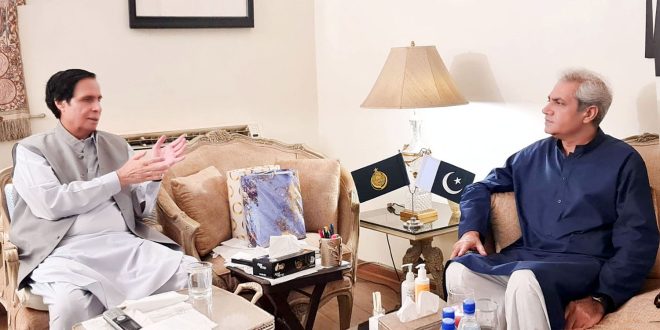 The Punjab Assembly is a constitutional institution. Weakening it, is tantamount to weakening the constitution and democracy: Omar Sarfraz Cheema

There is no constitutional or legal status to convene a session in a place other than the Assembly, as there is no election status in the visitor’s gallery. There is no option to cancel the requested meeting

Lahore: 19-06-2022: Former Governor Punjab Omar Sarfraz Cheema called on Speaker Punjab Assembly Chaudhry Parvez Elahi at his residence here. On this occasion, the current political situation in the country, including the constitutional crisis in Punjab was discussed.

Former Punjab Governor Omar Sarfraz Cheema said that with reference to the deprivation of powers of the Assembly and the Speaker by the Governor, the Punjab Assembly has passed a resolution under Rule (a) of Article 128 of the Constitution of Pakistan, after which the said ordinance Punjab Laws (Repealing and Removal of Difficulties) Ordinance2022 (of 2022X) has been repealed. After the repeal of the ordinance, the Assembly has been restored to its independent status. # 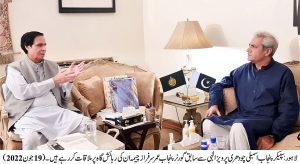