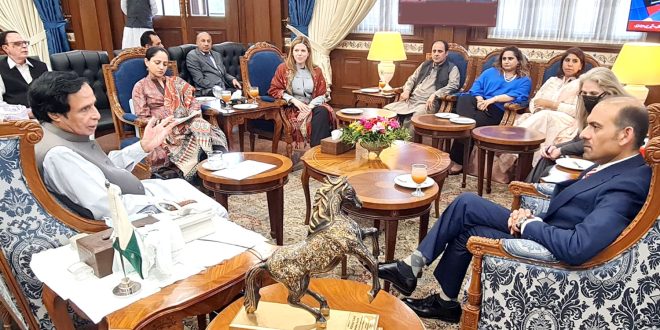 The United States is the largest export market for Pakistan, partnerships in trade, investment, education, energy and health should be further strengthened: Ch Parvez Elahi

Will play our full role in enhancing cordial relations between US and Pakistan: Special Representative Dilawar Syed

Lahore: 04-07-2022: US Special Representative for Commercial and Business Affairs Dilawar Syed called on Speaker Punjab Assembly Chaudhry Parvez Elahi at the Speaker’s Chamber. Dilawar Syed has been president and CEO of Small and Medium Enterprises in the United States and has extensive experience in trade and economic policies. Pak-US relations, parliamentary and issues of mutual interest and political situation in the country were discussed during the meeting.

Speaker Chaudhry Parvez Elahi said that for the promotion of long standing relations between the two countries it is necessary to enhance mutual contacts, trade and maximum exchange of delegations at the public level. He said that the partnership between the United States and Pakistan is 75 years old and the United States is the largest export market for Pakistan. He further said that maximum facilities should be provided to the people of both the countries for economic development.

US Special Representative Dilawar Syed said that I will play my full role in enhancing the cordial relations between Pakistan and the United States. United States is committed to enhancing bilateral relations with Pakistan. Paying homage to Ch Parvez Elahi, Dilawar Syed said that it was welcome that FC College Lahore was handed over to Presbyterian Church during his tenure as Chief Minister. 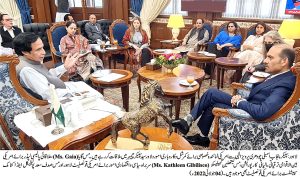