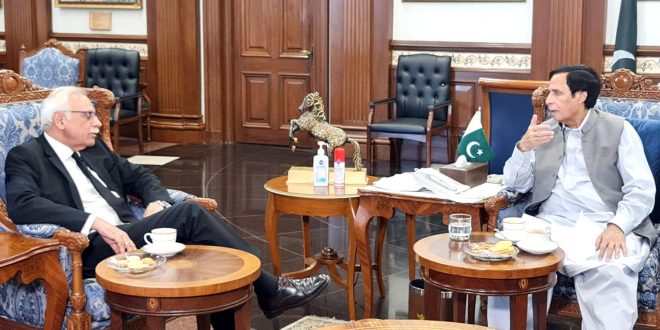 Despite the clear instructions of the Supreme Court, Hamza Shehbaz continues to carry out illegal transfers in Punjab: Ch Parvez Elahi.

The Supreme Court should take notice of the illegal actions of Hamza Shehbaz and acts of contempt of court and the flagrant violation of the code of conduct by the Punjab government in the by-election constituencies. The Election Commission should not declare its innocence, but should prove its neutrality by its actions and attitude, otherwise no one will believe it.

Ch Pervez Elahi said that despite the clear instructions of the Supreme Court, Hamza Shehbaz’s illegal transfers are continuing in Punjab, the code of conduct is being openly violated by the Punjab government in the by-election constituencies. The Supreme Court should take notice of Hamza Shehbaz’s illegal actions which are tantamount to contempt of court. He said that PTI candidates are being threatened and workers are being arrested.

Ch Pervez Elahi said that the Election Commission is making announcements of its neutrality and innocence every day, but until it proves this by its behavior and actions, no one will believe it. If the Election Commission has any dignity and impartiality, it should immediately take notice of the recent illegal changes in the NAB and administration and declare them null and void. #