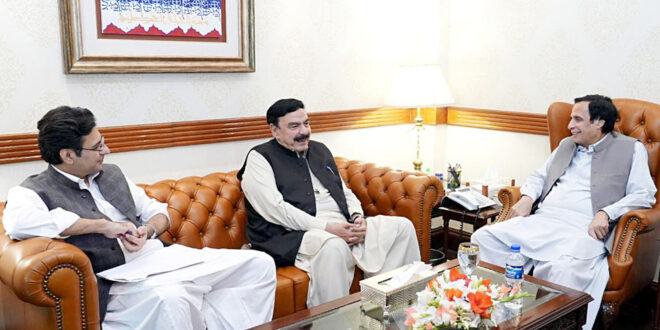 Chief Minister Punjab Chaudhry Parvez Elahi met with the former Federal Minister Sheikh Rasheed at CMO today. Former Federal Minister Moonis Elahi and Principal Secretary to CM Muhammad Khan Bhatti were also present on the occasion. Matters pertaining to mutual interest, unusual situation being arisen due to flood, provision of relief activities and the completion of Rawalpindi development projects came under discussion. CM while talking on the occasion stated that we are utilizing all possible resources to rehabilitate the flood affected areas. I have asked the Chairman PTI Imran Khan to appeal for lending financial help to the flood affected persons and helping the flood affected persons amounts to doing real politics, he maintained. CM vowed not to leave alone the brothers and sisters who are stuck in calamity and exhorting that everyone will have to become their support on their call. He said that every eye is in tears over the havoc wreaked by the flood in the South Punjab, Baluchistan, KPK and Sindh and every heart is grief-stricken. He urged that we all have to unite and work together in a collective and in a solid manner for the rehabilitation of the flood affected persons. He disclosed that the Rawalpindi Mother and Child Hospital will soon be completed adding that the Rawalpindi Girls Degree College project will also be completed soon. He informed that traffic flow will improve with the completion of Nullah Lai Express Way Project. CM vowed to himself monitor the welfare projects for the people of Rawalpindi. Former Federal Minister Sheikh Rasheed said that collective efforts are essential to rehabilitate the flood affected persons and helping the misery- stricken people is mandatory on every affluent. Sheikh Rasheed lauded the commendable steps being taken by the Punjab government in an emergency situation. 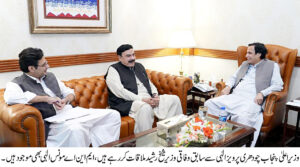