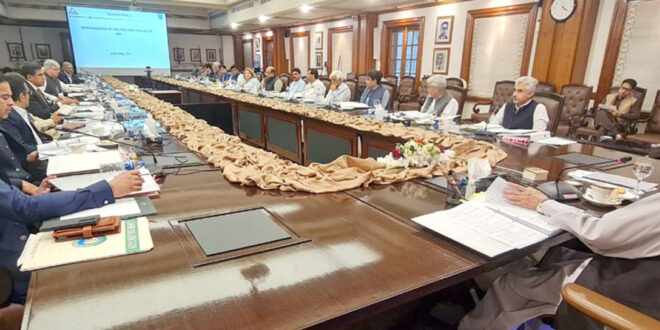 The fourth governing body meeting of LDA was held under the chair of Chief Minister Punjab Chaudhry Parvez Elahi at his office. The CM ordered the establishment of hydrants for timely response to fire incidents in the city and said that in case of fire, water supply will be ensured from hydrants established at different places. He directed that no map should be passed without a safety audit of big buildings by Rescue 1122. He also ordered the inclusion of other cities in the development process including Sheikhupura in LDA limits. In the meeting, more than 1200 applicants’ allotments were approved after clearance of their records in widow and NADRA besides reviewing a proposal to set up a separate marketing department in LDA. It was decided in principle to collect WASA’s sewerage charges from non-paying housing schemes and it was approved to adjust the LDA allowance to the running pay scale. In compliance with the high court’s order, the constitution of a sub-committee was approved to decide the allotment of the alternative plot to an applicant and it was further decided to set the limit of at least one kanal of land for building apartment buildings. It was decided to amend Clause 30(5) of the Rules, 2020 and the meeting approved in principle the apartments’ construction in Finance and Trade Center Johar Town. The plan for the improvement of Khayaban Amin Johar Town was approved as well. Approval was given in principle for the marketing and business model of Walk and Shop LDA Shopping Arena in Johar Town and the infrastructure improvement project of Mohlanwal Housing Scheme. It was decided to waive the penalty for late submission of past dues due to corona. However, a standard fine would be received on late submission of current dues. It was decided to shift the industries to one place in LDA City. The decision to pay Compact Engineering was endorsed. The budget for the financial year 2022-23 was approved and the decisions of the previous meeting were seconded. Senior Minister and Vice Chairman Mian Aslam Iqbal, Provincial Advisor Aamir Saeed Raan, Principal Secretary to Chief Minister Muhammad Khan Bhatti, Former Principal Secretary to Chief Minister GM Sikandar, Vice Chairman WASA Sheikh Imtiaz Mehmood, Members of Punjab assembly Sadia Sohail, Malik Mukhtar Ahmad, Muhammad Atif, Umar Aftab, commissioner Lahore, secretary housing, secretary finance, DG LDA, MD WASA and others attended the meeting.