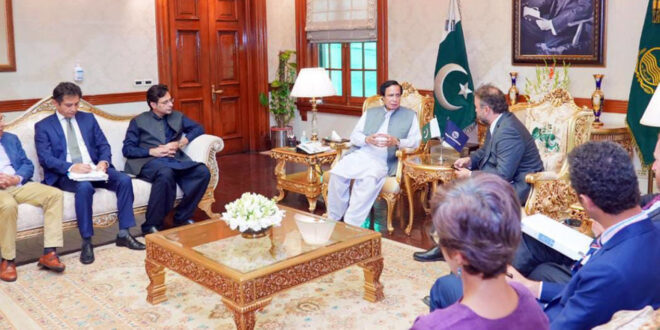 A World Bank delegation led by Country Director Mr Najy Benhassine met with Chief Minister Punjab Chaudhry Parvez Elahi and former federal minister Moonis Elahi at the Chief Minister’s Office and agreed to increase cooperation in different fields between the Punjab government and the World Bank. A detailed discussion was held about the WB-assisted social and infrastructure improvement program of the province. The country director assured to promote cooperation in education, health, family planning, irrigation, agriculture and construction of small dams while offering to give 35 million dollars to the Punjab government for cash transfer for flood victims.

Chief Minister Parvez Elahi said that 35 million dollars will be linked to the Punjab Ehsaas Program and distributed to the flood victims. I have had a long-standing relationship with the World Bank. With WB support, beneficial reforms were introduced in education and health, and educational reforms were also acknowledged globally; he said and added that the government wants to restart this cooperation.

The CM mentioned that his government announced making education free up to the degree level. Meanwhile, permission has been granted to recruit ad-hoc doctors and other staff in the health department and make medicines free in emergency wards in hospitals, he added. Similarly, special medical camps have been set up in flood-affected areas to prevent epidemics and a comprehensive plan has been drawn up for rehabilitation, the CM mentioned. He said that full attention was being paid to building dams to preserve water. We will welcome the cooperation of the World Bank with the Punjab government at all levels. The province would move ahead while adopting short and long-term cooperation with the World Bank, he stated.

The CM observed that there is a need to formulate a multi-pronged strategy in the context of climate change. Water storage projects will be started to save flood and rainwater; he said and noted that the World Bank is the most important development partner of the Punjab government. The government will ensure the achievement of the set goals in various sectors. A comprehensive plan was being worked on to eliminate malnutrition among children, he further said. 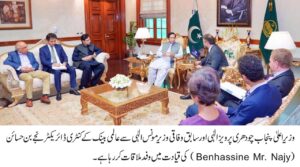