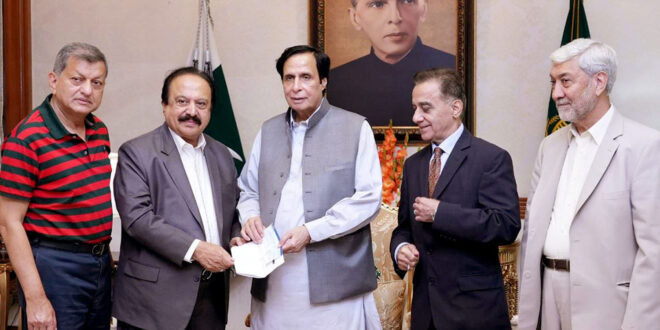 President PTI Texas Rashid Bukhari presented a cheque of three million rupees to Chief Minister Punjab Chaudhry Parvez Elahi for CM Flood Relief Fund at his office. GM Faletti’s Hotel Irshad B. Anjum and Shahid Butt, who came all the way from Canada, also gave the cheques for the amount announced during the telethon to the CM for the flood relief fund.

The CM said that the passion of overseas Pakistanis, who gave money on the appeal of Imran Khan, is appreciable as billions of rupees have been collected on his appeal. Expatriates have proved, on every occasion, that they are loyal to Imran Khan. Opponents only make up words while Imran Khan shows by doing, he maintained.

Parvez Elahi further said the provincial government was fulfilling the responsibility of rehabilitation of all flood victims with its resources and donations from philanthropists and overseas Pakistanis. I took the lead to visit Rajanpur, Taunsa and DG Khan to inspect the flood-affected areas there, he concluded. 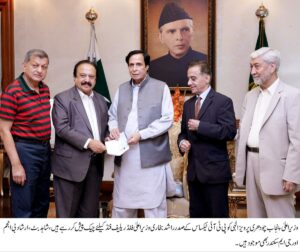