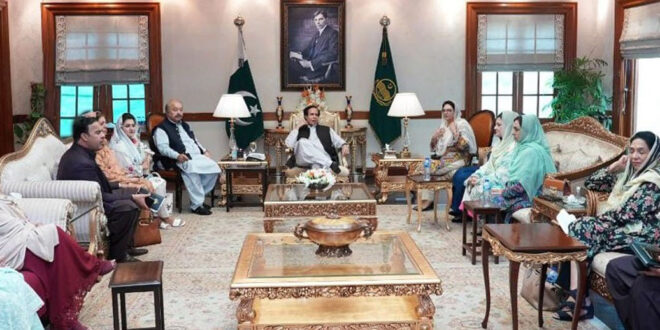 Chief Minister Punjab Chaudhry Parvez Elahi has said the political role of women parliamentarians is appreciable. The government will give importance to consultations with women assembly members in the formulation of development plans.

He was talking to women parliamentarians who called on him at his office yesterday. Those who met the CM included Firdous Rehana, Musarat Jamshed Cheema, Farhat Farooq, Sania Kamran, Farah Agha, Samina Khawar and Sabrina Javed, while Speaker Sibtain Khan and Principal Secretary to CM Muhammad Khan Bhatti were also present.

The CM noted that the women parliamentarians have played a valuable role in the struggle of Chairman PTI Imran Khan and women are playing the role of the vanguard in the democratic struggle of Imran Khan. The welfare of women has always been considered a priority by the government and every effort would be made to protect their rights; he said and sought a report about the construction of a dam in Sohawa when a woman parliamentarian put forth this proposal.