Parvez Elahi thanked for the donations and noted that the philanthropists have generously helped the flood victims. Meanwhile, the Punjab government was working to rehabilitate the flood-hit population with its resources and donations from philanthropists; he maintained and added that a composite program was being implemented to resettle the distressed population. Alongside this, armed forces have also done valuable work for the flood victims, he concluded. 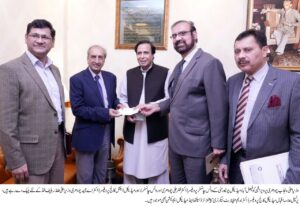