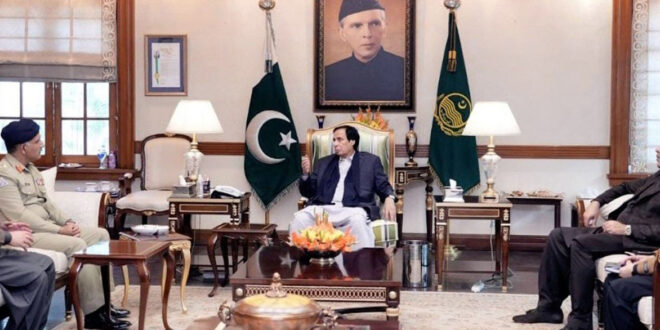 Chairman National Disaster Management Authority Lieutenant General Inam Haider Malik met with the Chief Minister Punjab Chaudhry Parvez Elahi at CM Office in which the Head of Punjab Ehsaas Programme Dr. Sania Nishtar participated via video link and gave a detailed briefing about the rehabilitation and aid programme of the flood affectees. CM while talking on the occasion stated that the Punjab government is launching to undertake preventive measures in the wake of 7th corona wave apprehension in Punjab.CM disclosed that a forewarning system to inform about floods, diseases and calamities will be installed adding that early warning systems are being installed to provide prior indication of calamities at three places. CM maintained that the installation of early warning system would enable the concerned departments to take timely measures to save people, livestock, fields, properties etc from flood damages and destruction.CM apprised that rehabilitation work of the flood-affected people is ongoing expeditiously in Punjab. CM highlighted that the Punjab government disbursed aid among the flood affectees by its own resources and through the donations being collected by telethon. CM informed that more than five billion rupees are being distributed among the flood affectees and payments to 36 thousand affected families have been made adding that financial assistance has also been provided to the flood affectees to build their own houses.CM underscored that the Punjab government has ensured settlement of the flood affectees by its own resources and through the amount being collected by Imran Khan’s telethon. CM revealed that construction work of more than 55 thousand complete and partially destroyed houses is ongoing adding that he reached Rajanpur first of all when the flood arrived in Punjab and himself oversaw relief activities.CM highlighted that the Punjab government allocated rupees one billion to help the flood affectees of Sindh.CM intimated that special arrangements are being made for the facilitation of tourists in Murree and at other tourist places during rain and snowfall. CM outlined that screening of passengers coming from abroad and especially from China will be done. Chairman NDMA Lieutenant General Inam Haider Malik while talking on the occasion remarked that the rescue and relief plan of Punjab government during flood is laudable adding that the Rescue 1122 institution performed highly appreciable and exemplary services during flood. Chairman NDMA Lt. General Inam Haider stated that to make a forecast prior to 30, 40 days about natural calamities is possible with the help of the latest technology. Lieutenant General Inam Haider forewarned that climate change is adopting a permanent feature and we will have to make ourselves prepared to effectively cope up with its hazardous effects. Principal Secretary to CM Muhammad Khan Bhatti, Additional Chief Secretary (Home) Captain (Retd) Asad Ullah Khan, Caretaker Senior Member Board of Revenue Naveed Shirazi, DG Emergency Services Dr. Rizwan Naseer, DG PDMA and concerned officials were also present on the occasion. 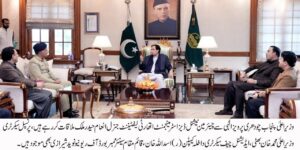