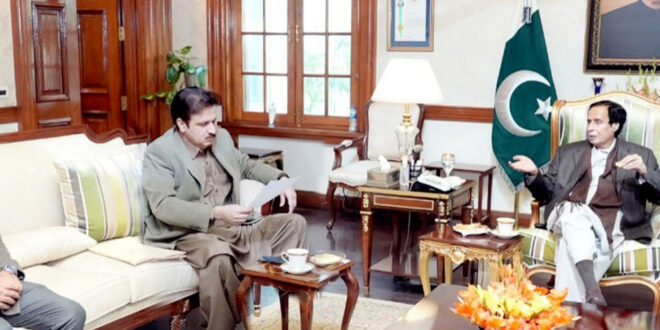 Member National Assembly Malik Umar Aslam Khan met with Chief Minister Punjab Chaudhry Parvez Elahi at CM Office in which matters pertaining to mutual interest, political situation and development projects were discussed. CM while talking on the occasion stated that the Punjab government during only five months has done more work than the last five years adding that the change is visibly clear to everyone. CM maintained that the well-being of a common man is dear to him and the aim behind making new legislation is to ensure good governance. CM highlighted that we make decisions by taking into account problems and needs of the people adding that our resolve is to provide real service to the people. CM remarked that to create ease for the masses and provide them facilities is a mission of his life. CM outlined that we will continue our strives for the welfare of people jointly. CM apprised that real progress has started in the far-flung areas of Punjab including Khushab adding that equal progress is being made in the backward and neglected areas as well. CM informed that development projects are being formulated in consultation with the Assembly Members adding that record development works had been done during his previous tenure as well. CM vowed to set a record of doing public service as it had been done earlier. Malik Umar Aslam Khan extolled the commitment of CM Parvez Elahi to ensure welfare of the people adding that the Chief Minister always focused on the public welfare oriented development projects. Malik Umer Khan lauded CM Parvez Elahi for delivering in an effective manner during his first tenure and setting new records even now. Muhammad Sami was also present on the occasion.