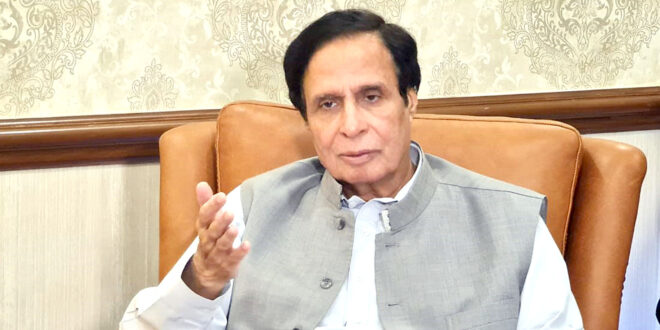 Chief Minister Punjab Chaudhry Parvez Elahi has said that the United Nations Commission on India and Pakistan passed a resolution on Jan 5, 1949, guaranteeing a free and fair referendum in Jammu and Kashmir.

In his message issued on Thursday, the CM said that the purpose of celebrating this day is to draw the attention of the international community to the promise of giving self-determination to oppressed Kashmiris. For the last 74 years, tyrannised Kashmiris have been waiting for the fulfilment of this promise.

The United Nations must honor its commitment made 74 years ago; he asserted and added that the right to self-determination is an important component of human dignity. Deviation from the resolutions on the right to self-determination is a negation of human freedom, the Universal Declaration of Human Rights and the United Nations human rights treaties, he said. Regrettably, India continues to blatantly violate this inalienable human right; the CM stated and noted that it is making a sinister attempt to undermine the identity of oppressed Kashmiris by changing their demographic structure.

The CM regretted that the Hindu supremacist Modi-led Indian regime has created an atmosphere of fear and chaos in Occupied Jammu & Kashmir (IOK) through continuous illegal and unilateral actions. The international community, the United Nations and global human rights organizations should take action against India’s actions, Parvez Elahi emphasised. India has made Occupied Jammu & Kashmir the largest militarized zone in the world which is a violation of all international laws. Pakistan would continue to express the sentiments of the persecuted Kashmiris according to the resolutions of the United Nations Security Council. India should realise that no barrier could stop the fragrance of freedom as it’s an inalienable right of Kashmiris. God willing, the struggle of Kashmiris will bear fruit, he concluded.