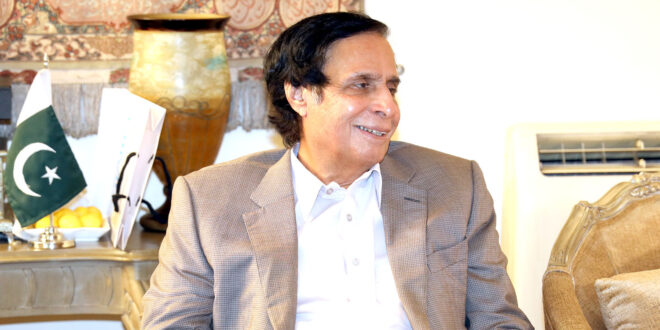 A senior lawyer Faisal Chaudhry and former Speaker Punjab Assembly Afzal Sahi met with the Chief Minister Punjab Chaudhry Parvez Elahi at CM Office in which matters of mutual interest and political situation were discussed while ongoing progress on the development projects in Jhelum and Faisalabad also came under discussion. CM while talking on the occasion stated that our intentions are noble and we are moving in the right direction. CM maintained that if intentions are right then Allah Almighty grants help and we attain our destination. CM highlighted that the intentions of PDM people along with their politics are impure adding that the PDM government badly ruined the national economy in a few months. CM denounced that PDM people have put the country at stake for the sake of their fake politics adding that they are playing havoc with the national institutions in order to save their so-called politics. CM stated that the people of Pakistan are castigating the PDM government over their flawed and anti- public welfare policies. CM categorically remarked that all the PDM parties cannot compete with Imran Khan adding that Imran Khan always took decisions by preferring national interests. CM highlighted that the number of ongoing development projects in Punjab have no precedent even in the past ten years. CM outlined that he had made education free up to Matric level during his first tenure and now has made it free up to BA level adding that our every moment is devoted to bring ease among the lives of common people. Faisal Chaudhry remarked that CM Parvez Elahi is rendering commendable services for the well-being of people adding that the spirit of CM Parvez Elahi for the welfare of lawyers community is laudable. Afzal Sahi remarked that the previous golden tenure of CM Parvez Elahi is remembered by the people even to date adding that the Chief Minister has taken solid steps to provide maximum relief to the people of the province in a short span of time even now.