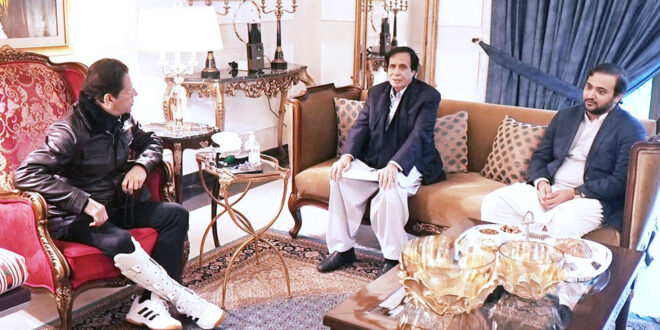 Chief Minister Punjab Chaudhry Parvez Elahi and MNA Hussain Elahi met with Chairman PTI Imran Khan at Zaman Park today in which political situation and consultations with regard to vote of confidence took place. Chairman PTI Imran Khan on this occasion denounced that Faran Khan was taken to be an Indian agent and was subjected to a barbaric torture. Imran Khan queried that what is the crime committed by a patriotic Pakistani adding that it is a question mark for the whole nation. Imran Khan also condemned the steps to include CM Parvez Elahi and his family members into ‘No Fly List’ adding that the federal government has become blind in taking political revenge. The imported government flagrantly flouted the constitution and law of the country. The federal government’s conspiracy to topple Punjab government will be foiled. PTI and PML-Q members are united and the federal ministers will face humiliation. Chief Minister Parvez Elahi did not indulge into doing any vindictive activity in politics nor believes in doing so. May it be inflicting torture on Faran Khan or kidnapping people. Chairman PTI Imran Khan stated that every conspiracy of Shehbaz Sharif and Rana Sanaullah will meet with failure. Failures are written in the destiny of Shehbaz Sharif and Rana Sanaullah Insha’Allah. Imran Khan censured that the federal government is making worst vindictive activities over their lust for power. 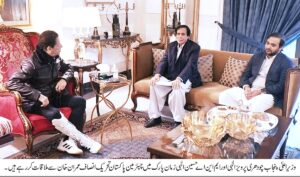