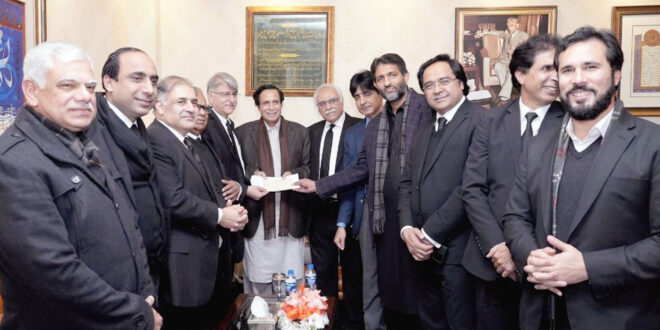 Chief Minister Punjab Chaudhry Parvez Elahi presented a cheque of 100 million rupees to Abid Zuberi president Supreme Court Bar Association at his office and mentioned that the welfare of the legal fraternity has always been prioritized by the government.

Abid Zuberi appreciated that work was being done in a real sense for the welfare of the lawyers by the incumbent government. The respect and honor given by Parvez Elahi-led government are unprecedented, he added.